You are here: Home / The Call to Fidelity / Separated by a Common Faith

Many things impede full fellowship between Lutherans and Roman Catholics: a history of conflict, theological disputes, and differing approaches to church governance, to name a few. In practice, a foremost impediment is cliché. Centuries of mutual ignorance and even hostility generated lowbrow and persistent images of the brethren separated by a common faith: crawling Catholics, held in thrall by mystification and ritual, on one hand; the heretical followers of a mad German monk who abolished charity on the other. The Joint Declaration on the Doctrine of Justification can help retire our hoary clichés about faith, works, and the nature of the Christian life. As such, it provides a model for ecumenism. It also speaks to some of my own concerns as a believer and a future pastor.

The Declaration continues the important work of elaborating similarities between traditional goals of the Second Vatican Council and the ecumenical movement more generally. After centuries of using Augsburg and Trent to condemn each other, Lutherans and Roman Catholics finally used dialogue for the purpose of recognition. If Lutherans and Roman Catholics are to share both actions and proclamations on issues of charity and social justice without relapsing into old battles, they will have to take the Joint Declaration seriously and continue its work.

Similarly, the Joint Declaration is a model of future ecumenical dialogue and consensus. Rather than seeking a false or impossible uniformity, the document recognizes the validity of different emphases and terminologies between the two traditions. Instead of full agreement on meaninglessly broad principles, the document ratifies mutual acceptance in the face of limited disagreement. It shows that ecumenism can work alongside the preservation of one’s core convictions and essential modes of expression.

The Declaration is a welcome statement in light of my own concerns. My father, a lapsed Lutheran, and my mother, a lapsed Catholic, were ecumenical in their distrust of all churches. My earliest mature encounters with Christianity came through a Roman Catholic parish and through reading Augustine. I came to the Lutheran tradition and I love it, down to the details of doctrine and practice. But as a former non-believer, I am still amazed that Christians fight their most persistent and passionate arguments over differences that, from the outside, seem so small.

This is not to say that I not invested in the disputes. Section 4.4, The Justified as Sinner, was the occasion of much controversy after the release of the document and seems to highlight a permanent distinction. I immensely prefer the Lutheran formulation, that the Christian is at once righteous and a sinner, to the Catholic doctrine of concupiscence which is not itself sin. It is a curious fact of religion that theologians are most intransigent on points of the greatest implausibility. Taken to its logical extreme, the Lutheran position leads to madness: God overwhelming, but not transformative; grace leaves me in an intolerable contradiction over what I can, can’t , must, and must not do. Taken to its logical extreme, the Catholic position leads to utter terror: it is theoretically possible for me, having been justified, to not sin again, and to resign myself to its inevitability would be itself a sin. Human experience and logical thinking will tolerate neither the paradox of Lutheranism nor the distinction-without-a-difference of the Roman church. The beauty of the Lutheran formulation speaks to me, but I would rather not rationalize my preference with theology. I am glad that the Declaration has allowed us to move beyond this issue.

Most importantly, I have never been happy in my understanding of the faith–works distinction. Faith, as I have come to understand it, is a disposition of the whole life of intellectual assent, not acceptance, not the soul signature on a dotted line. Works, likewise, are the effect of faith, good in themselves and of no exchange value with God, but absolutely integral to the life of faith (I am pleased by the Declaration phrase, “distinction but not a separation.” This is not a dogmatic point, but only the way I have experienced faith and works as a whole. Faith as we speak of it is logically but not necessarily chronologically prior to works. The Declaration is close to putting this artificial and destructive separation to rest.

As a future pastor in the Lutheran church, I see the Declaration as helpful in two very broad and important ways. The first is that, as I wrote above, differences of emphasis and terminology need not be essentialized as differences of faith. The problem with a long and venerable traditions of Orthodoxy, Roman Catholicism, Lutheranism, Anglicanism, and Calvinism is that they tempt their adherents to contemplate and love the tradition more than the common Founder. Perhaps, for Lutherans, we tend to talk about grace and faith so much to make up for the fact that we often don’t feel either. Perhaps many Catholics emphasize charity and the perfect life because both are so far from them. But neither grace, nor faith, nor charity, nor perfection is God. God is gracious, faithful, charitable, and perfect. As a pastor, I hope to use the spirit of the Declaration to keep my own preaching and leadership from becoming too self-involved and parochial. The document is one reminder that our identity as Lutherans is no more or less than an expression of our identity as Christians.

I also hope to use the Declaration to stimulate more ecumenical dialogue and mission cooperation. I live in Chicago, a city that aches for God in so many ways. Yet the Lutheran and Roman Catholic churches of the city represent under-employed resources for the Gospel. A sound basis for some basic common work should be welcomed by all.

The problems of emphasis and terminology in the Declaration are, to my mind, real and persistent. Ecumenism is not the mere denial of difference. However, in a world that so little reckons its sin, that takes so little comfort from Christ, and has no concept of grace unearned and unmerited, it seems frivolous for our churches to haggle over prepositions and arcane distinctions. In a world that knows so little of either ‘concupiscence’ or ‘sin,’ faith or works, mutual toleration on these points for the sake of a better proclamation of the gospel in word and deed is welcome. 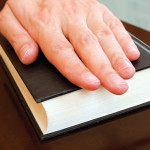