You are here: Home / Called to Common Mission / An Argument for CCM

Thank you for the opportunity to be a part of the ongoing conversation about the Lutheran-Episcopal Dialogue—a dialogue in which we have been engaged for 30 years in the hope that we can overcome 450 years of division.

My daughter ran on a 4 x 800 relay team.  In many ways, we are being asked to run the final leg of a relay that began three decades ago.  Another image comes to mind from scripture.  The mantle has been placed on this generation to continue and complete the work of those who have gone before us.

We live in a culture of “the now”—the immediate—a culture which believes that unless I personally have been involved and have personally gotten my way, that somehow I have been excluded or locked out.  This is a culture in which people who are on the lesser side of a vote lament that they have not been heard or respected.  This presents a challenge to all ecumenical conversations.  By their very nature, they are always dealing with issues that are greater than the immediate and broader than any one individual experience.

In context of this culture, the church has decided to continue in a dialogue that bridges the generations, that relies on a democratic process of electing people to represent the church and asking them to report back to the conventions and assemblies.  Decade after decade these representatives have reported and have received affirmations for this work by the democratic process.  The process itself is a witness to the world that the work of the church is greater than any individual or interest group, and is greater than any particular time, including the immediate.  The ministry of reconciliation is in response to the reconciling power of Jesus Christ on the cross—and sometimes that takes several generations and much conversation to accomplish.

Specifically this day we turn to our work with the Episcopal Church in the United States of America (ECUSA)—Called to Common Mission—a Lutheran Proposal for a Revision of the Concordat of Agreement.  This is a document in progress.  It has been modified already on several occasions.  It will come to Churchwide Assembly (CWA) with recommended changes from Church Council.  More changes will be proposed at the CWA.  There is no alternative to this proposal because no other proposal is the result of 30 years of dialogues with the ECUSA—tested by the democratic vote of the people.

The Mahtomedi Resolution (MR) is not an alternative proposal for full communion.  It is a product of a couple hundred like-minded Lutherans gathering for a couple of days in order to propose the rejection of CCM.  The MR simply rejects CCM and invites Episcopalian priests to uphold the Lutheran Confessions.  This is not an alternative proposal to full communion.  In fact, adoption of the Mahtomedi Resolution would place even the interim agreement with the Episcopal Church (ECUSA) in jeopardy.  To publicly reject full communion on two occasions would send a clear message to the ECUSA as well as other church bodies.  Imagine Methodists observing the vote after 30 years of dialogue in good trust—report after report—vote after vote of affirmation.  The Methodists have bishops for life, bishops who are not elected by pastors and congregations of their conference.  Methodists understand the role of the creeds differently from Lutherans.  Imagine what they will observe if we say “no” to a church body like the ECUSA with whom we agree on sacraments, agree on Word, agree on Creeds, agree on democratically elected bishops and whose polity is consistent with our own Lutheran Confessions.

This proposal is important not only to ELCA and ECUSA but to ELCA dialogues with other church bodies as well.  These ecumenical considerations are but one reason that I support CCM.  I also support CCM for Confessional and Missional reasons.

Augsburg Confession, Article V, On the Office of Ministry, declares that the Word and Sacrament—the means by which God creates saving faith—is given to the Church—not to congregations—not to pastors or bishops—but to the Church.  Other church bodies see this differently.  In the Lutheran Church—Missouri Synod, the congregation transfers the Office of Ministry to the pastor temporarily.  ELCA predecessor church bodies have rejected that understanding as does the ELCA.  We understand that the Office of the Ministry is given to The Church.

At the other end of the spectrum is the Roman Catholic tradition as well as others who state that the Office of Ministry is given to Peter, who then hands it on in an unbroken apostolic chain.

This Roman Catholic understanding is challenged by both ELCA and ECUSA and is one of the most frequent misunderstandings or misrepresentations of the ECUSA.  The ECUSA, as does the ELCA, understands that the Office of Ministry is instituted by God and given to the whole Church, not to Peter.

It is upon the Confession of Peter, not Peter the man, that Christ builds his Church.  This is the Reformation principle for which Martin Luther was exiled and Thomas Cramer, the English Reformer, was burned at the stake.  Episcopalians understand that the ministry of Christ is the ministry of the whole church—the ministry of the laity.  Episcopalians believe that the foundational order of ministry is in the ministry of the laity.  ECUSA is a church of the Reformation.  When they talk of Historic Succession or Historic Episcopate they are not saying that it is historical—something that is a fact of historical data—but instead is of historic importance.  Word and Sacrament are how saving faith is created.  That ministry is handed on from one generation to the next through the rite of ordination.  The bishop, having been elected by the church to represent the church, is the sign, though never a guarantee, that this ministry is being entrusted from one generation to the next.  This is historic.  This is the position of both ECUSA and the Lutheran Confessions.

In the Apology to the Augsburg Confessions, Article 14, we Lutherans express our deep earnest desire to maintain the ecclesiastical and canonical polity.  This is the Lutheran way of describing what the Episcopal Church calls the historic episcopate.

In the Treatise on Power and Primacy of the Pope we read that the only thing that distinguishes bishops from the rest of the presbyters or pastors is the bishop’s authority to ordain.  There is one exception—one only.  When bishops become an enemy of the Gospel then the church reserves the authority to identify another pastor to ordain on its behalf.  In the 16th century bishops had temporal/worldly as well as spiritual/churchly power.  They had the power of the sword as well as the power of the Church.  They could make and depose kings, imprison and murder reformers.

When the Bishop is an enemy of the Gospel in this way—then and only then—the Church maintains the right to identify another pastor or ordain on its behalf.  Because the office belongs to the Church—not congregations, not Pope, not pastors, this Reformation principle is embraced both by Lutherans and Episcopalians.  Within this context, Article 7 of the Augsburg Confessions is written.

It is sufficient for the true unity of the Church that the Gospel be preached [now watch here the Lutheran condition] in conformity with a pure understanding of it [and that the sacraments be administered] in accordance with the divine Word.

And ECUSA makes these concessions:  They will suspend the preface to the ordinal and welcome all ordained ministers as authentic ministers of the Gospel without re-ordination, and ELCA bishops as ordained ministers called to exercise the ministry of oversight, which is our Lutheran understanding.  Included in the agreement is that the ELCA chooses to recapture the symbol of historic succession by allowing international Lutheran bishops to fully participate in the laying on of hands at the installation of the next presiding bishop.  At Bishop Chilstrom’s installation, the bishop of Sweden and other Lutheran bishops in historic succession were told that they could look but not touch.  Next time, they too can lay on hands with the other Lutheran bishops.  We also agree that the ELCA presiding bishop and two other bishops in historic succession will participate in the installation of all future synod bishops, and synods bishops will preside at all ordinations, in keeping with the confessional writings of Article 14 and the Treatise on the Power and Primacy of the Pope.

In so doing, this agreement for full communion creates an Evangelical and Historic Episcopate where the gifts of both traditions are brought together to strengthen the ministry of Word and Sacrament.  It will be evangelical as defined by the Lutheran Confessions; historic as defined by the Lutheran Confessions and the practice of the ECUSA, with bishop as the symbol or sign, by virtue of election by the church, of the relationship between pastor, congregation and the whole church.  This holds great potential for all ecumenical dialogues.

In terms of the three-fold ordinations that are part of the polity of the ECUSA, Episcopalians have agreed with us that we have “locally adapted” (a technical term in the Episcopal Church) the three-fold ordering; and therefore the ordination of deacons or bishops is not required by the agreement.

What doors will be opened for mission if CCM is adopted?  Let me quote CCM, Section 29, itself:

We do not know to what new, recovered or continuing tasks of mission this Concordat will lead our churches, but we given thanks to God for leading us to this point.

CCM is not a strategic plan for mission.  It is an agreement that allows for mission planning to be done in new and exciting ways.  Yes, we already do clothes closets, soup kitchens and food banks together, but there is one ministry where the door is not yet fully open.  It is the one ministry that creates saving faith—the ministry at the heart of the church’s mission—the Ministry of Word and Sacrament.  If this passes, then the people of Clermont, Iowa, Centerville, Iowa and Waverly, Iowa will have renewed opportunities for ministry.

There is also the possibility of new areas of mission where we can pool our resources and our gifts to reach more people.  Talk with those Lutherans in New England Synod where six states make up one synod but there are six Dioceses of ECUSA in one state.  Or West Virginia, where one percent of the population are ELCA.  Arkansas, less than one percent.  Alaska, where the only hope to witness and service is shared and cooperative ministry.  This agreement would open new doors so that the Gospel of Jesus Christ may be proclaimed.

Thank you for the opportunity to continue the conversation that has been handed to us from the generations, that offers the gift of an evangelical and historic episcopate to each other and to other dialogues, that is grounded in scripture and confessions, and which brings renewed hope for the Mission of Jesus Christ.  Thank you! 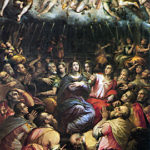