You are here: Home / Should We Evangelize?

Attitudes toward evangelism among U.S. Christians are exceptionally difficult to pin down. A quick survey of the recent boom in research studies on religion in the United States turned up the following:

There are definitely some clues here, though of course statistics like these have to be taken with a grain of salt. Asking whether it is appropriate for human A to try to “convert” human B, for instance, is a common scientific (i.e., non-confessional) way of measuring attitudes toward what Christians typically call evangelism, though many of us would affirm strongly that only the Holy Spirit converts anyone (just think of how rare it is to find a Christian convert who would say, “I use to be such-and-such but then Bill converted me”).

Nevertheless, take what can be garnered from the sociological research together with your own experience in ministry and there is evidence enough that a significant number of card carrying Lutherans believe that sharing our faith in actual words with those outside the Christian fold falls somewhere on a spectrum ranging from impolite to uncivil to immoral to violent—and therefore is not to be practiced by decent people.

It is with this close-to-the-ground problem in mind that we pose the question “Should we evangelize?” in this issue of Let’s Talk. While our authors all offer variations of the same answer, Yes!, along the way they address a number of popular but misguided notions of what evangelism in the Spirit of Jesus really is, as well as other objections to its practice related to particular contexts.

The Fullness and Goodness of the Good News

Metropolitan Chicago Synod Bishop Wayne Miller’s column gets the conversation started with a concise articulation of what Christian evangelism, by definition, is and is not, and how it may be practiced both respectfully and unapologetically by followers of Jesus in our contemporary context. With an eye to what is surely our more common tendency as Lutherans toward evangelical quietism, Bishop Miller cautions that in downplaying our explicit witness to Jesus we only play up our witness to ourselves.

Andrew R. H. Thompson, a doctoral student at Yale, traces our hesitations around evangelism to historic abuses in mission which have weakened our confidence in the good-ness of the gospel, and to tepid, overly conventional forms of proclamation which have impaired our sense of the new-ness of the gospel. He draws on experience serving as an Episcopal missionary in rural El Salvador to show how when evangelism is practiced in a way worthy of its etymology, people are set free from oppression and despair.

Another issue hindering evangelical outreach today is the narrowing of its focus to ensuring a heavenly destiny beyond death. Melody Beckman Eastman’s article attempts to regain a fuller picture of the good news we are called to proclaim by conducting a thought experiment that takes afterlife “insurance” concerns off the table. Relating a personal story of evangelism on the Camino de Santiago pilgrimage in Spain, she illustrates what walking in the way of the cross can mean especially to those, like young adults, desperate for a gospel that impacts their journey and not just their destination.

Getting the Word Out in a Pluralistic Society

And what about adherents of other religions? Should we evangelize our neighbors of differing faiths, and if so, how? Professor James Scherer, a long-time scholar of missions, introduces the recently minted ecumenical document “Christian Witness in a Multi-Religious World: Recommendations for Conduct” to cast light on this question. Developed jointly and signed by the World Council of Churches, the Pontifical Council for Interreligious Dialogue, and the World Evangelical Alliance, the statement not only signals a remarkable consensus between Christian groups but offers valuable and, in a world of rising inter-religious tensions, timely counsel on what respectful, mutually enriching missional relationships should look like.

Another voice from the faculty of LSTC, Professor Mark Swanson, weighs in on the topic of Christian witness and religious diversity with some reflections on how the Bible’s own witness to the missional God made known in Jesus should shape all of our evangelization endeavors. Swanson identifies attitudes toward the Other that have undercut especially the witness of U.S. Christians to the Crucified One, and gives special attention to how evangelists in the Way of Jesus must learn to occupy graciously both the roles of host and guest in relation to their differently believing neighbors.

Perhaps nowhere is the challenge and gift of diversity so clearly before us than through the rapid growth of the U.S. Latino population. Associate to the Bishop Héctor Garfias-Toledo responds to the question of whether we should evangelize among our Latino neighbors with an enthusiastic yes!—provided our practice of evangelism is characterized by mutual listening, learning, and accountability across ethnic differences. Speaking as a member of the team that drafted our synod’s recently adopted Latino Ministry Strategy, Garfias-Toledo commends the document as a resource that can guide and invigorate the practice of mission in all our congregations.

And then there is the question of whether in a mission field where differences between the various Christian traditions are little understood or valued it still makes sense to give denominational labels a prominent place in our outreach. Christian Coon, one of the pastors of a vibrant new faith community in Chicago, Urban Village Church, tells the story of how this United Methodist Church plant has downplayed (though still communicated) its denominational affiliation while retaining strong Wesleyan values.

Our Columnists Weigh In

Finally, Let’s Talk columnists Ben Dueholm and Frank Senn offer their two cents on the subject of evangelism. Dueholm looks back with candor on his recent pastorate at Wicker Park Lutheran Church to examine the whys behind his own “failures” as a pastor-evangelist, reflecting in particular on the complex relationship between friendship and witness. Senn provides some historical perspective to argue that a “quiet witness” that meets the ordinary needs of human beings may in fact be the most proven and effective approach to the church’s practice of evangelism.

As always, we hope that what is said in these pages serves as the launching point of a lively conversation. Your take on “Should we evangelize?” is just as important, so click on that “Care to Comment?” link and let’s talk! 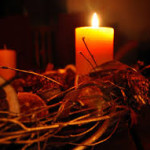