You are here: Home / Hispanic Latino Theology and Ministry II / Diversity of a Different Sort

Ethnicity is an important factor in understanding diversity within the complex identity of the ELCA. It is one of a number of variables necessary to comprehend the social and cultural complexities of any large pluralistic population in the United States. Other key factors are gender, sexuality, class, region, and local social morphology (urban, suburban, exurban, small town, rural). Each of these, along with ethnicity, has received considerable attention in various ELCA forums.

One could argue that our early Confessional heritage — a mixture of Teutonic, Scandinavian, Baltic and Slavic influences — demands that we understand Lutheran identity with a strong emphasis on ethnicity. Closer to home on this side of the Atlantic, we are all aware of the Germans in Pennsylvania and Scandinavians in Delaware and New Jersey and the different historical trajectories of those expressions of the Lutheran ethos in British Colonial America and the Early Republic. Memories of the Suomi Synod, the continuing witness of the Slovak Zion Synod, and the addition of This Far by Faith and Libro de Liturgia y ántico to our worship resources underscore the importance of ethnicity in understanding our past, present and future.

Ironically, the diversity of the ELCA created by our various theological styles has received significantly less attention. With no intent to detract from the importance of ethnicity, gender, sexuality, class, region, and local social morphology, let us consider theology as an important factor in understanding our identity as Lutherans.

The most familiar early American example of theological difference emerged within an ethnic group — the broad German language tradition. The contrast between the theology (particularly the ecclesiology) of Samuel Schmucker (1799-1873) and C. F. W. Walther (1811-1887) is instructive. Samuel was nur-tured in the U.S. in an expression of the Christian faith formed during the British Reformation in Maryland. He sought to both honor the tradition he inherited from his German father and cooperate with the Calvinist expression dominant in his father’s adopted nation.

Walther, born in Saxony, migrated to the United States after his university education, ordination, and a brief pastorate. He sought to preserve the integrity of Lutheran Orthodoxy in the face of what he perceived as a dominant Reformed culture tending towards secularism. Some of the present issues separating the Lutheran Church — Missouri Synod and the ELCA trace their origins to these two early perspectives.

Today the ELCA is poised as a (perhaps the) keystone in American ecumenical relations. Indeed, the merger that created our Churchwide body gives clear institutional incarnations to the visions of Schmucker and Walther.

This characterization of both bodies contains some truth, but also obscures a good deal of complexity. The clergy and laity of the LCMS do not think as a monolithic whole. Nor can the ELCA be understood as a united front in ecumenical involvement. Indeed, the route to our various ecumenical agreements involved a series of strong dissents. One of the measures, Concordat of Agreement, failed and had to be redrafted as Called to Common Mission. Even after re-drafting and adoption, the measure continues to be diluted through a strategy for ordination under unusual circumstances.

David A. Gustafson. Lutherans in Crisis: The Question of Identity in America. Minneapolis: Fortress Press, 1993.

These works, taken as a body, address the years following a quarter-century of remarkable theological ferment in the United States and in the world. From about 1945 to about 1970 theological discussion clustered primarily around the works of six key figures, five of whom were either Lutheran or were heavily influenced by Lutheran thought. The martyred Dietrich Bonhoeffer sought a Christian theory of social action rooted in Gospel rather than ethics. Paul Tillich sought something approaching a “unified field theory” that would bridge both theology and cultural theory. Reinhold Niebuhr sought a political realism that would recognize both the grace and the necessary sin in the exercise of power. His brother H. Richard constantly presented us with the complexities, ambiguities and contradictions of Christian life in America. The resurrected Soren Kierkegaard held up a mirror of Gospel through an existential lens and invited us to see the unflattering image of the true reflection. (The sixth key figure, Karl Barth, was also influenced by Luther’s thought, as is forcefully argued by Randall Zachman in his review of Sun Wook Chung’s Admiration and Challenge: Karl Barth’s Theological Relationship with John Calvin in the April 2004 edition of Theology Today.) As different as the subject matters of these theological exemplars may have been, they each turned our attention to our commonality as fallen and redeemed creatures.

Since the 1970s theological discussion has taken us in a variety of directions. While theology of commonality continues in the work of scholars such as Carl Braaten and Robert Jen-sen, we now have an increasing variety of hyphenated theologies (many following contours of ethnicity, gender, sexuality, and other factors) that may further fragment us. We have at least two competing movements within the ELCA both advocating the distinctiveness of Lutheran identity, one clearly articulating its essentially Protestant nature and the other articulating the essentially catholic (or Catholic) nature of that identity.

This is an observation, not a cry of despair. Theological diversity is a constant in the history of Christianity. So it was when the author of Luke/Acts wrote a remarkably different account of the theological discourse between Peter and Paul than can be found in the writings of Paul himself. Luther was capable of disagreeing with himself [see Jaroslav Pelikan, Spirit vs. Structure: Luther and the Institutions of the Church (New York: Harper & Row, 1968)]. The earliest generations of German-speaking adherents of the Augsburg Confession contained conflicting voices: e.g., Joachim Westphal and Martin Chemnitz. Down to our own time differing theological positions have continued through pietism, rationalism, existentialism, modernism, neo-orthodoxy, post-modernism and a variety of other categories.

An ecclesial body that comprehends members of both Lutheran CORE (“traditionalist”) and Lutherans Concerned (“revisionist”) clearly contains significant theological differences. The question is whether we perceive these differences theologically and deal with them under the criterion of the Gospel, or whether we characterize these differences using the invective of divisions within the torn social fabric to
which we are called to minister. My great fear is that much of the rhetoric in which debates within the ELCA are
framed place more focus on demographic (e.g. ethnic, gender, class) and lifestyle characteristics than on the theology informing the various positions presented. If this perspective is correct, it points to the possibility that our deliberations may further tear that social fabric rather than bring the healing Word.

What is essential for faithful dialogue in the face of diverse perspectives is for theology to once again occupy center stage in our common deliberations. Let me be bluntly obvious in what I am suggesting. Certainly we should give at least as much attention to insuring the presence of the full range of theological diversity in the voting membership of our Synod and Churchwide Assemblies as we do in the case of other categories of diversity.

In order to help elevate the place of theology in our ecclesial discourse, the Editorial Council of Let’s Talk invites the Presidents (or their designees) of the eight seminaries of the ELCA
to discuss the following questions:

We hope to present responses to these questions in a future edition of Let’s Talk. 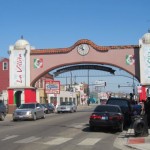