You are here: Home / Hispanic Latino Theology and Ministry / The Social Dimension of Marriage

“Many lands, many customs,” wrote Martin Luther at the beginning of his Order of Marriage for Common Pastors. He advised pastors not to tamper with local custom since these customs were deeply entwined in the culture of the people. He left many medieval customs intact in his own Order of Marriage, including the announcement of the banns on three successive Sundays, the betrothal on the church porch, and the procession with the bride and groom to the altar. The abolition of the nuptial mass would not have been noticed since most ordinary people did not have a nuptial votive mass celebrated at their wedding. Nor did they always have the benefit of clergy; others could serve as witnesses of a union.

In my recent book, The People’s Work: A Social History of the Liturgy (Fortress Press 2006), I surveyed many medieval and Reformation practices in the chapter on “The Ecclesiastical Captivity of Marriage.” In this chapter I detailed the process by which the Church gained control over the institution of the marriage rite at the time of the Reformation in an effort to curtail clandestine marriages of young people who, like Romeo and Juliet, went privately to a priest in cases in which their parents would have disapproved of the union. The Protestant Reformers insisted on the public celebration of marriage, usually in church buildings, and the Catholic Reformers at the Council of Trent followed this same path, compromising only to the extent that in any event priests had to notarize the marriage.

If I were to pursue the social history of marriage beyond the Reformation Era I would note the influence of the Puritans in Great Britain and North America, the effect of the French Revolution on the separation of the religious and civil aspects of marriage, the example of Queen Victoria on subsequent brides, and the twentieth century idea that weddings concern primarily the bride and the groom. Let me take each of these developments in turn.

The Puritans objected to having weddings on Sunday (the usual day off from work for ordinary people) because of their sabbatarian ideas. The festivities associated with weddings were deemed incompatible with a sober attendance on God’s Word. As a consequence, most of our weddings occur on Saturday and are separated from the Sunday Eucharist of the congregation.

The French Revolution separated the religious and civil aspects of marriage. The consequence is that in Europe today marriage is almost always a civil event, although some couples may opt for a subsequent religious ceremony after the civil ceremony. In the U.S.A. marriage is also a civil arrangement, regulated by fifty sets of state marriage laws. However, this is hardly noticed by most people since most weddings still take place in churches or under the auspices of religious leaders who serve as the state’s magistrates for such occasions.

The example of Queen Victoria processing down the aisle of the church in a white dress has dictated a style that no self-respecting bride today would abjure.

In the second half of the twentieth century brides and grooms have participated in the planning of their own wedding ceremonies and have largely been allowed to design weddings that reflect their personal taste. In this connection one might analyze the authorized worship books of the churches to discern the extent to which these worship books reflect this cultural development but also stand against it in their effort to promote a more communal understanding of marriage and wedding rites.

A complete social history of marriage, especially in modern times, is provided in Stephanie Koontz, Marriage, A History: From Obedience to Intimacy or How Love Conquered Marriage (Viking Press Penguin 2005). The subtitle gives away Dr. Koontz’s thesis (she is a social psychologist). While her history is wide ranging, the last two hundred years in the West are pivotal to her argument. So, for example, she claims that “The Victorians were the first people in history to make marriage the pivotal experience in people’s lives and married love the principal focus of their emotions, obligations, and satisfactions” (page 177). Whereas marriage had been largely an economic or political arrangement in earlier times (every family was, in effect, a business and a political entity, not just royal families), during the nineteenth and twentieth centuries, under the impact of industrialization and urban migration, it became common for middle class as well as upper class wives to stay at home and manage the household while husbands worked outside of the home. (Tradesmen resisted this for a long time since their shop was on the ground floor of their house.) There was an interruption in this caused by the Second World War and the need for women to do manufacturing jobs while their husbands served in the armed forces. But after the war, women returned to domesticity and the veterans resumed their previous jobs.

During the 1960s, however, some women began to return to the work force. Koontz suggests that when marriage did not live up to the ideal of profound intimacy and personal satisfaction, women began to look outside the home for fulfillment. The return of women to the work force transformed gender roles, and marriage took on a new meaning under the impact of women’s movements, especially as women completed college and graduate degrees. The passage of the Equal Employment Opportunity Act of 1972 reinforced legislation to protect women’s rights. The 1970s were also a time when divorces began to multiply. Koontz sees a connection. “At the same time traditional family arrangements became more difficult to sustain in the new economy. And new sexual mores, growing tolerance for out-of-wedlock births, and rising aspirations for self-fulfillment changed the cultural milieu in which people made decisions about their personal relationships” (page 262).

The result of these cultural and social changes is that marriage has come to be about love and intimacy, and issues of fidelity and community are of secondary concern. Koontz raises the question of whether the ancient institution of marriage is able to bear this burden. The high rate of divorce in North America, and the sheer number of people living together and raising families out of wedlock in Western Europe, provides statistical evidence that the institution of marriage cannot bear the expectations of intimacy that are laid upon it. At the very least, especially in a economy in which both spouses need to work to make ends meet, marriage might also be seen as a family business in which both spouses share financial responsibility.

If the church has any role to play in addressing the genuine crisis of marriage in our society, it should offer counter-cultural resources. Pastoral counseling needs to alert couples that marriage cannot deliver many of their expectations unless their expectations change. Wedding rites need to highlight the social dimension of marriage (as many have striven to do) in the choice of readings, hymns and songs, the scope of the intercessory prayers, and the celebration of Holy Communion where appropriate. Marriage does not concern only the bride and groom. It affects the wider family and, at least in the economic consequences of marital breakups, the wider society. Brides and grooms, husbands and wives, have social as well as personal responsibilities. 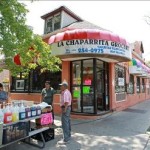