You are here: Home / Human Sexuality and the ELCA: The Conversation Continues

Welcome to the first online publication of Let’s Talk. The advantage of this form of publication, in addition to reducing expenses significantly, is that the conversation can continue. We post here the articles we have in hand, and we invite further contributions. As always, we invite reader responses.

Online publication allows us to be timely. We are inaugurating this redesigned web site in time to respond to the ELCA draft Statement of Human Sexuality and the proposed Policy Recommendations concerning the ordination of candidates living in same-sex committed relationships. Both documents are being considered in congregations and synod assemblies throughout this Church and will be deliberated at the Churchwide Assembly in Minneapolis in August 2009.

This conversation has long been engaged in the pages of Let’s Talk. Articles in Volume 8, Issues 1 and 2 (Pentecost and Summer 2003) were devoted to “Human Sexuality and the ELCA: Locating the Struggle.” A response to those issues by Professor Robert Benne was published in Volume 9, Issue 1 (Spring 2004). In Vol. 12, Issues 2 and 3 (Summer and Reformation 2007) I proposed a canonical interpretation of the Biblical canon and applied this hermeneutic specifically in the case of Leviticus 18. Detailed responses from Pastors Robert Goldstein and Paul Buettner were published in Volume 13, Issue 1 (Pentecost 2008).

This first online issue continues the conversation. An interview with Professor Ralph Klein deals with questions concerning biblical hermeneutics as applied to social statements. How is the Bible used in constructing social statements? How do we deal with the seven biblical texts that reputedly deal with homosexuality? The interview was posted on Professor Klein’s web site and we thank him for graciously allowing us to post it here.

In my “As I See It” column, I raise the question of whether the proposed Social Statement on Human Sexuality provides what we need in a social statement dealing with these issues. Can we bracket partisanship and analyze this statement just in terms of how it helps us to deal with the difficult issues that cluster around human sexuality in our time? Does the statement deal adequately with new ethical issues related to human sexuality? Are we satisfied with a statement that can only declare a lack of consensus in this Church on the neuralgic issue of homosexuality?

Pastor Amy Schifrin asks, with regard to both the proposed statement and the policy recommendations, whether ethics in the church should be separated from doxology. How do we enact our relationships in the presence of God who expects our worship? For example, no rite for blessing same-sex relationships is provided or called for. How do we ritualize this kind of relationship? Once we have ritualized it, how does that affect what we believe?

Recent seminary graduate Ben Dueholm gives the proposed statement an even-handed read and then asks sincere questions of those who would maintain traditional teachings and practices. How can opposition to same-sex relationships be combined with an androgynous office of ministry? What expectations are placed on gay and lesbian Christians? Should biblical norms be applied to all sexual relationships in ELCA policy and discipline?

How do those outside the ELCA regard what we are proposing to our Churchwide Assembly in August? John Hannah is a Lutheran Church – Missouri Synod pastor who has served as a U.S. Army chaplain and has just now retired as a parish pastor after serving in The Bronx. He is executive director of the independent and inter-Lutheran American Lutheran Publicity Bureau. As a Missouri Synod friend of the ELCA, Pastor Hannah appeals to us, in the light of LCMS experience, not to depart from the catholic tradition as we deliberate matters of sexual morality.

Pastor Bret Reedy concludes that we have come to such an impasse over homosexuality that we cannot continue as one church body. Some pastors and congregations have concluded that they cannot live with the changes being proposed and have already left the ELCA. Pastor Reedy suggests that those who want changes in teaching and practice form a non-geographical synod that the ELCA will help nurture into its own church body.

Pastor Paul Koch and his congregation, Ebenezer Lutheran Church in Chicago, represent what may well be the prevailing view in the Metropolitan Chicago Synod, as judged by votes of the Synod Assembly in recent years (including 2009). Pr. Koch says that the work of the ELCA Human Sexuality Task Force is to be commended and that the time has come for change in the ELCA. We wait to see if the 2009 ELCA Churchwide Assembly will agree. No matter what it decides about the proposed Statement and Policy Recommendations, however, I suspect the conversation will continue.

We welcome additional articles and responses reflecting on the proposed Social Statement and Policy Recommendations. As usual, responses to articles will be posted in the next issue. Let’s talk . . . online. 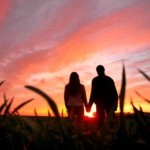