You are here: Home / Human Sexuality in the ELCA: Perspectives on the Struggle / A Conservative Case for Recognition of Gay Relationships in the Church

So far, I have been very dissatisfied with the discussion of the proposals for same-sex holy unions and ordination of sexually active homosexual clergy in the ELCA.  The discussion keeps being presented as a debate between “liberals” and “conservatives” or between “progressives” and “traditionalists,” with the former supposed to be in support of the radical measures of holy unions and ordaining gay pastors, and the latter supposed to be adhering to traditional Lutheran teaching and practice in rejecting those innovations.  As an active (albeit fairly new) member of a theologically and liturgically conservative ELCA congregation (Immanuel Lutheran in Evanston, Illinois), I believe that the liberal/conservative, left/right framing of the debate seriously distorts the issues.  Indeed, I think such framing injurious to the church.

Although some church people support the so-called gay agenda as one part of a broader radical project, there are good reasons for conservatives to support the inclusion of homosexual persons in all aspects of the rights and rites of the church.  It is indeed the case, especially in our seminaries, that some people would like to celebrate holy unions and the Eucharist in the name of the Creator, Redeemer and the Sustainer, throwing out  “patriarchal theology” along with “compulsory heterosexuality.”  But at the grass roots, the drive to include homosexual persons adheres to much more familiar values and ideals.  I will focus on two: upholding fidelity to persons and recognizing devotion to the church.

In a time and place where the bonds that link us one to another and each to all are chronically vulnerable, where the value of individual liberty threatens to trump all other values, voices in favor of lasting commitment should be encouraged.  Promises made should be kept.  Ties that bind should still be blessed.  The effort and self-denial required to live up to our professed intentions need support.  What does not need support in our society is the imperative of heterosexuality.  To put it mildly, the prophetic voice of the church is redundant when it comes to the social desirability of boys being interested in girls and girls in boys.  Madison Avenue has made that message loud and clear.  Fainter are the voices imploring us to put our loved ones first than the advertisements that insinuate that each of us would best find salvation driving a high powered car down an open road with no one, let alone a spouse or a child, in the passenger seat.  In the face of incessant iterations of a “me first” morality, it is important, indeed prophetic, for the church to teach “honor thy father and mother,” “he who loves his wife loves himself,” and “let brotherly love continue.”

I am no theologian, but when I reflect on God’s wondrous providence, I am inclined to believe that He created us as sexual beings not so much to populate His earth as to motivate us to keep one another’s company.  To me, “it is not good that man should be alone” speaks more to our condition than “be fruitful and multiply.”  Be that as it may, I believe that the religious celebration of a union between committed partners is more in line with Christian values than is the taunt that God made Eve, not Steve, for Adam.  By and large, gay culture is not supportive of fidelity in relationships; by and large, Christian, and especially Lutheran values are.  If instead of cudgeling our homosexual fellow Christians with the demand that, in order to be one of us they must become something they are not–if instead we welcomed them into our midst while encouraging them to be faithful to their partners and bring them also to church, we would be making a positive contribution to them, to ourselves, and to our society.

Homosexuals did not darken the door of the church solely to protest exclusionary policies.  In the church, the “gay movement” comes from within, not without.  The people asking for recognition, whether you agree with them or not, are not outsiders; they are our fellow parishioners.  Students of the church (of which company, as a sociologist of religion, I am one), know that the church–all denominations, many local congregations–is full of homosexuals.  Many pastors acknowledge that without the contributions of homosexual persons–deeply “closeted” as well as proudly “out”–the church would crumble, or at least be crippled.  As faithful parishioners, deacons, ushers, and, yes, church musicians, gay folk make enormous contributions to the church, contributions without which we would all be poorer.

One of the surprising things about gays in the church that we (and here the “we” means my sociological colleagues) have learned is that gay men aremore religious (i.e., more likely to attend church, more likely to say that God is important in their lives) than “straight” men, although we don’t fully understand why.  By contrast, gay women (“lesbians”) are less religious, which is one reason they have less presence in the church.  Speaking of the gay men whose religiosity I have professionally studied as well as those whom my wife and I count as friends, I make the following confident claim: they tend to be religiously observant, devoted, Trinitarian Christians.  If you imagine that most of them are doctrinally a few inches this side of neo-pagans, you are dead wrong.  (One irony is that theological liberals would have more to fear than us conservatives from inclusion of gay men as full partners in the church, because they would likely strengthen the forces of sacramentalism and scriptural authority.)

Given that homosexuals abound in the church and that the church needs and uses their contributions, it is hypocritical, in fact exploitative, of us to include them only at the price of their staying invisible.  To be sure, if the ELCA were to institute more inclusive policies, it would be wrong to insist that any given person of homosexual orientation declare him or her self to be a “gay” (or “lesbian”) Christian, to be one of the shock troops of the new liberation, as if there were to be only one politically correct way to be included in a more accepting ELCA.  Many will continue to keep their sexual orientation to themselves, as is their right.  But to the many (would they number in the tens of thousands?) who would welcome our gesture, we should be elated to say something like this: “Welcome as you are.  If you wish to serve in the ministry, please be confident to tell us your whole story.  If you wish us to meet your partner, please bring him/her to church next Sunday; perhaps we could explore with you the possibility that our congregation might celebrate your unity as a couple in the name of the Father, the Son, and the Holy Spirit.”

Beyond “Left” and “Right”

I do not claim to have said anything new.  I am only echoing fifteen years of conversations about these matters with gay and straight Christians. However, I do think I’m bringing something new to the discussion within the ELCA, where too many moderately conservative people of good will say, in effect, “if they get their way on this one, it will just prove that modern culture has once again trumped the Gospel.”  I beg my fellow Lutherans not to see it that way.  If what you may perceive as “my side” on this issue should “win,” it would not be a radical, progressive or liberal victory.  It would simply mean that some members of the church have persuaded others that they’re equally children of God. 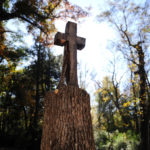