You are here: Home / Justice / As I see It: Doing Justice or Moral Formation?

One of the enjoyable aspects of being on the Let’s Talk Editorial Council is that we talk theology.  Our round table discussions lead to the formulation of topics for issues of Let’s Talk.  We hope we aren’t talking only to ourselves but that we are engaging you, the leaders of the Metropolitan Chicago Synod, in our theological discussions in these pages.

At a recent meeting of the Editorial Council I lapsed into mid-afternoon reverie while the discussion went on about several “justice issues” being dealt with in our Synod.  Something snapped me out of it and I blurted out, “When did we move from having social ministry committees to having justice teams in our synods and congregations?”

That question seems to have aroused the interest of the Editorial Council. In this issue of Let’s Talk the history of that transition is told and arguments in favor of the change are given.  But I’m not convinced.  I’m not convinced that “Do justice” goes along with “Preach Christ” and “Make Disciples” in our Synod’s Mission Statement.  I don’t even know why we need a mission statement beyond the Great Commission.

I don’t believe that doing justice goes along in a continuum with preaching Christ and making disciples. Belonging to Christ means being initiated into and witnessing to a new creation with a new way of being even in this world, while doing justice means making things work in the old creation.  It’s what the political use of the law is all about, but not the gospel.

To be sure, Christians live in the temporal realm as well as in the eschatological reality of the new creation.  We live “in, but not of the world.”  We need to assume responsibility for the life of this world as well as the life of the world to come.  But we exercise worldly responsibilities by being under those orders of creation that are responsible for the life of this world: the family and the state. It is the vocation of the laity to be involved in family life and the deliberations of the state.  It is the special competence of the laity. The church has an altogether different role to play than these worldly orders.  It’s role is to preach Christ, make disciples, and (we should add, to fill out the Great Commission) baptize in the trinitarian Name and teach the precepts of Jesus.  It is the particular vocation of the clergy to exercise the ministry of word and sacrament.

The teaching or catechesis that the church practices aims to form persons brought to faith by the Holy Spirit and baptized in the trinitarian Name into the new obedience to Christ.  If you want to see the moral imperatives of living the new life in Christ look at any Catechism from “The Way of Life and the Way of Death” in the Didache to the Explanations of the Ten Commandments in Luther’sSmall Catechism to the moral teachings in the new Catechism of the Catholic Church.  These teachings aim to form the moral life of Christians.

Ethics is taught in Lutheran seminaries, not moral theology.  So it’s no wonder that we gravitate toward justice issues rather than moral formation.  The difference is subtle, but I think ethics aims to establish principles of the good and to establish strategies for bringing about what is good.  Morality aims to form good persons.

To be sure, the moral life formed by the teachings of Jesus has a bearing on the Christian’s life in society.  But Jesus’ teaching means going beyond “doing justice.”  It entails a consideration of the Christian moral response to this-worldly situations.

Doing justice means ensuring fairness.  For example, the administration of capital punishment in Illinois was considered unjust because it was unfairly practiced.  Illinois citizens, beginning with our current Governor, were right to say, “We cannot have any more executions in this state—at least not until we get the system working right.”  Some might justly argue that it is not possible to have a fair system, given the basic inequities in our society, so capital punishment should be abolished as a form of justice.  Remember that justice requires punishment for crimes and the death penalty has been one form of justice.  Christians in society might vote to abolish the death penalty.  But Christians still worship before an object of execution on which was hung a man unjustly sentenced to death and they proclaim it as the world’s greatest good. The cross also exemplifies Jesus’ teaching about giving up one’s life for another. Life before the cross forms a life of self-sacrifice.

This last statement reminds us of the fact that doing justice for women with unwanted or hazardous pregnancies means (according to the U. S. Supreme Court) making abortion available as an option for all who want it.  But Christian moral teaching holds that life is holy because it belongs to God. Human beings have no authority to take away human life.  The Christian mother might very well risk sacrificing her life for the life of the child in a risky pregnancy or be willing to raise the child produced by an unwanted act of violence.  Some Christians, like Stanley Hauerwas, contend that this moral precept must be extended even to personal self-defense against aggressors; the Christian simply does not kill.

The duty and responsibility of governments to defend their citizens is another matter, but it is a duty that falls within the order of the old creation, not the new.  But here’s a good illustration of the difference between justice and morality.  There can be a just war; that doesn’t mean that war is moral from the perspective of the new life in Christ.

Christian morality is always a matter of going beyond justice because justice is not always desirable.  The whole human race lives under God’s just sentence of condemnation for the rebellion of sin.  But we appeal to God by the cross of Christ, the Son of God, who suffered unjustly, for mercy, for clemency, and it is given for the sake of his Son.  God does not do justice with regard to human sin; he forgives it.  Nor is it by an act of justice that we forgive those who sin against us; often they don’t deserve to be forgiven.  But we forgive as an act of mercy that comes from being morally formed in the teachings of Jesus.

Even in dealing with the homeless in our society we go beyond justice when we provide food, clothing, and shelter, as well as programs aimed at helping the homeless not to be homeless by providing drug or alcohol rehabilitation and job counseling and placement.  I work in the midst of the homeless.  The Evanston homeless shelter (Hilda’s Place, the only shelter in a north suburb, operated by Connections for the Homeless) is across the street from my office. Our congregation contributes to the Hospitality Center for the Homeless (which was first hosted in our church) and helps to staff one of the soup kitchens sponsored by the Evanston Ecumenical Action Council.  There are many reasons for homelessness.  Many people are on the streets because of mental illness, alcohol or drug addiction, family disagreements, or habit.  Justice might argue that many of the homeless should be institutionalized. But a generation ago justice argued in favor of emptying the institutions.  Views of justice change.  No matter.  We feed the hungry, cloth the naked, and shelter the homeless because we are taught by Jesus to do so. Moreover, those of us who visit the Hospitality Center or work the soup kitchens know that some of the same people return again and again, even after they have been “rehabilitated.” Yet we continue to feed them.  Sometimes we provide for their needs out of our own pockets, even though justice might say to those who keep returning: “Enough is enough.  You’re taking unfair advantage of my good will.”  But Christians go beyond justice. Ministry to the homeless for Christians is not a justice issue, it is social ministry.  We respond to the needs of the least of Christ’s brothers and sisters because of Christian moral formation, especially the cultivation of charity.

Charity—being gracious to the poor—is a much maligned idea today.  Justice-oriented Christians hold that instead of just giving to the poor and homeless, we ought to change the social conditions that produce the poor and homeless.  It sounds sensible, except that it is naive.  One must also change whatever it is in human beings that keeps them on the streets.  But while people are working earnestly on these two intractable realities—trying to transform a fallen world and trying to transform sinful human beings—we must continue the charitable practices of social ministry because Jesus’ parable of the sheep and the goats (Matthew 25) leaves no choice.

One of the other matters being dealt with by our Synod Justice Team is homosexuality.  It may be that some attention must be given to ensuring the just treatment of gays in society.  They may require equal protection under the law and equal opportunities in society, or at least a confidence that existing laws will be fairly enforced.  But dealing with gays in the church is another issue.  In the church it is not a matter of doing justice but of morally forming congregations to accept all people as sinners for whom Christ died and morally forming gays, along with other Christians, to live lives of chastity.

The biblically-rooted and ecumenically-held Christian moral teaching of faithfulness in marriage and chastity in singleness is regarded, even by some Christians, as foreign to our basic animal instincts and therefore in need of revision.  But the basis of human sexuality is that human beings are created in the image of God—male and female.  It is our godlike qualities rather than our animal characteristics that need to be cultivated.

I don’t see any of this as belonging to justice concerns.  It is a matter of moral formation in obedience to the teachings of Jesus.  As for the so-called gay agenda before this Church, that must be a matter of theology, not of justice, simply because biblically-rooted, ecumenically-held Christian doctrines of creation, of sexuality, and marriage are being called into question.  Why do we not have a Synod Theology Team to lead discussions on these and other issues that are properly theological issues?

Well, that’s the way I see it. 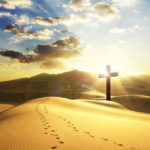