You are here: Home / Keeping the Sabbath / Let’s Talk Survey on Worship Attendance

The pastor stands up at the annual meeting to give the demographic and statistics report on the state of the congregation. “I’ve got bad news and good news”, she tells the members as she begins her report “our membership is down by 12% this past year. But the good news is that the Methodists across the street are down by 15%.”

We’re all aware of the decline in worship attendance experienced across church denominations and congregations, some at a greater rate than others. Traditional, mainline Protestant churches are declining more rapidly than innovative, contemporary churches, but the fact is churches across the entire spectrum are all declining. A survey of congregational vitality and health by Faith Communities Today (FACT) conducted from 2000 to 2010 notes that the fastest growing segment of the demographic on the American religious scene is the “nones”, those who identify themselves as having no religious connection. They are growing faster than any church denomination and are already larger in number than every church body with the exception of the Roman Catholic Church.1 While mainline Protestants may be declining at a quicker pace than Evangelicals, we’re all in decline. FACT surveys over the last ten year period indicate a drop in average worship attendance for a typical congregation from 130 to 108. “What is surprising in the FACT data is that the vanishing presence in the pews is not only true of Oldline Protestant congregations whose numerical decline has been documented for the last 50 years. It is also true for your typical White Evangelical congregation and your typical racial/ethnic congregation…However, we found no single category or kind of congregation that was exempt from the decadal downsizing of worship attendance”2

While the topic of connecting the faith community to the growing population of the non-churched, seekers and the religiously-disenfranchised-though-spiritually-engaged members of our larger community is relevant, the questions raised among the members of the Editorial Board at Let’s Talk took a different slant. What about the faithful? What about the active church members who are regularly, weekly engaged in worship and church life? Are there demands on their time that affect their worship attendance? What shifts in our larger culture may be changing the priorities people place on their “free” time? Within the larger forces that shape our culture, where are the winds of change blowing the people who take seriously their Sabbatical observances and want to worship on the Lord’s Day? To get more than an anecdotal sense of the realities our regular members face on weekends, we conceived of a survey we distributed in four congregations on the 3rd or 4th Sundays of Easter. For obvious reasons, we excluded the 2nd Sunday of Easter so aptly referred to as “Low Sunday”. We asked members attending worship that Sunday to complete a short three question survey — anonymously — and return it in the offering. The three questions are:

The first question was particularly addressed at getting people to consider the times they did not attend worship against the backdrop of assuming they’re usually at worship every Sunday. If regular Sunday worship is a part of your weekly schedule, you may simply not recall not being at church once or twice a month. Intentions can cloud memory. We then collected community and congregational demographics for comparison purposes in order to note any significant differences among settings.

There were a total of 148 responses from the four congregations participating in the survey. The most cited regular weekend commitment was “home chores” with 34% of the respondents listing such tasks as shopping, gardening, laundry, cleaning, home maintenance projects, and cooking meals for the rest of the week. Family and children responsibilities came in second at 21%. One respondent took the time to list each child’s weekend commitments: first child — music lessons, chores, swim team, youth group, homework; second child — sports, scouts, youth group, school activities; third child — dance, tumbling, swim team, soccer, Sunday school, sleepovers. An added note on the side underscored the frenetic amount of activity involved — “All Current!” 15% of respondents noted work obligations are a regular part of weekend commitments. Recreation (15%) and exercise (11%) also are routinized for a significant portion of survey participants.

Among committed, regular members of the church, no one tries to miss attending Sunday worship and it may even be difficult to quantify when it happens.

In addressing the second survey question, how often do you miss attending worship each month, the kind of responses we received were varied. 25% indicated missing once a month and only 10% miss up to twice a month. This question was the one most often left blank, or answered cryptically. For instance, answers included: “0 most of the time”, “one or none”, “generally attend every week”, “we try to attend every Sunday”. R. Stephen Warner, in his article included in this edition of Let’s Talk, “What Sociologists Have Learned About Church Attendance”, notes that there is a bias to exaggerate in self-reporting about worship attendance.3 Among committed, regular members of the church, no one tries to miss attending Sunday worship and it may even be difficult to quantify when it happens.

Some responses were quite descriptive: “flat tired”, “exhaustion from the week”, “busy life”, “exhaustion from too many commitments”, “chance to sleep in” and “then there is the ageless problem of Sunday morning being too close to Saturday night — sometimes too close”.

The third question, what would prevent you from attending worship, listed several of the regular weekend commitments that intrude on people’s free time such as family and children (26% of the respondents) and work (10%), but the two most outstanding preventers to attending worship were not listed as regular weekend commitments: “illness” (57%) and “travel” (48%). “Vacation”, another occasional activity, accounted for about 19% of the responses. However, with some people listing “travel” separately from “vacation”, it isn’t necessarily clear if travel is work related or recreation related. If work related, the category of work would account for the single largest worship preventer at 58% of the responses. More than likely, “travel” in this survey represents a mix of work and recreation depending on the status of the respondent. We did not ask for any demographic data on survey participants and cannot distinguish employment or retirement status — the two most likely factor in travel activities. One final telling factor emerged across the congregations surveyed, and even though it is at a relatively low percentage of 11%, it’s a significant pointer: “exhaustion”. Some responses were quite descriptive: “flat tired”, “exhaustion from the week”, “busy life”, “exhaustion from too many commitments”, “chance to sleep in” and “then there is the ageless problem of Sunday morning being too close to Saturday night — sometimes too close”.

Of the congregations participating in the survey, two are located in settings near major universities, one in a more affluent suburban community and one on Chicago’s near north side near Wrigley Field. Given the demographics of those communities and the demographic make-up of the congregational membership, there were some variants in responses as would be generally expected. “Illness” and “travel” were among the more significant preventers in congregations that identified a significant portion of older, retired members. “Work” in the form of career or school also rated higher in the congregations near university settings. Schedule conflicts with children’s activities, illness and vacation determined by school calendars were listed more frequently in congregations with a significant portion of families with young children.

What conclusions could we draw from these surveys? The erosion of weekend “free” time is definitely making inroads on Sabbatical observances and Sunday worship for even the most committed congregational members. What we anecdotally observe with shifts in employment and career expectations, school and student athletic commitments, and even recreational and charity events are all leaving people with less unscheduled, unplanned, uncommitted opportunities in their week. One person noted: “We got an invitation from the museum. The invitation was for a special members’ event. It will be on a Sunday from 10:30-noon. We accepted the invitation, but registered a complaint about the time. The man I spoke with said they wanted to have the event when the museum was not open to the public and evenings are bad for many people. That left Sunday morning.” One could argue that Sabbath rest prescribed in the commandment equally applies to recreational pursuits, but really, don’t you hanker just a bit for the old Blue Laws? One of the most descriptive responses expressed it quite well: “This very morning much household strife over amount of obligations. Always better for having gotten to service!” 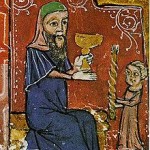