You are here: Home / Leadership and Direction in the ELCA / As I See It: What I Expect of Our New Presiding Bishop

In my last column I asked, “What do we expect of our bishops?”  To answer, I simply laid out the job description of an evangelical episcopate in the Augsburg Confession, Article 28.  Since I wrote that article, we have elected and installed a new Presiding Bishop of the ELCA and installed our own Synod Bishop.  It is also evident that certain troublesome issues are going to consume much of our time and energy for the next four years, particularly those issues identified as “the gay agenda.”

Now, let me be clear that by “gay agenda” I mean the issues that are before this Church that call for doctrinal and legislative decisions.  The “gay agenda” concerns our issues, not those of gay people as a whole.  I know many gay people from hanging around with musicians and theater people, and I know that they do not all share the same perspectives or concerns.  Far from wanting the church to bless same-sex unions, I know some gays who regard marriage as a bourgeois institution.  I also know some gay men who express hostilities toward the ordination of women that would make the pope blush. So by “gay agenda” I understand the items that have been laid before the church for its deliberation, such as the blessing of same-sex unions and the ordination of candidates living in “committed same-sex relationships”.

We have our own study program being conducted in the Metropolitan Chicago Synod and the ELCA is embarked on an official study whose results come due at the 2005 Churchwide Assembly.  There will be plenty of time to debate the theological and pastoral issues revolving around these agenda items in the future (if I continue writing and Let’s Talk continues publishing).  I don’t want to get into the particulars of these proposals, programs and processes here.  Instead, I want to say something about the role of the bishops vis-a-vis all this deliberating that is going on.

Our new Presiding Bishop Mark Hanson was elected in a very divided assembly.  The final vote for Presiding Bishop was split almost 50-50 between Hanson and Bishop Donald McCoid; Hanson won with 51.6% of the vote.  As far as I know, I’ve never met either of them and I wasn’t at the assembly.  I only know about them what has been reported.  But what was reported made it seem that Hanson and McCoid represent two different sides of the ELCA.  So the 50-50 split was not just a popularity contest; it represented different visions of the life, mission, and maybe even of the polity of the church.

The whole purpose of the ecclesiastical ballot is to prevent this kind of division of the house from happening.  But the ELCA Constitution short-circuits the true ecclesiastical ballot by eliminating candidates after each ballot and allowing someone to be elected on the final ballot by the simple majority.  In a true ecclesiastical ballot the voting would continue until someone emerges who represents the consensus of the assembly.  (It requires 75% of the College of Cardinals to elect the Bishop of Rome.)  That might mean reaching down into the pack if two candidates continue to prevent the other from being elected.  Contrary to common opinion, I don’t believe that conducting such an election is impossible, especially with the availability of electronic means.  You just keep voting until a consensus emerges.  And you vote immediately after the announcement of the previous ballot so that discussion cannot take place.  Each member of the assembly relies on the guidance of the Holy Spirit.  (Now there’s a radical idea!)

Give Bishop Hanson credit for acknowledging that he was elected without a consensus of the assembly.  Conventional wisdom would say that he’s going to have to exert leadership by building a consensus.  But what kind of consensus?   A consensus that we should bless same-sex unions and ordain homosexuals who have sex with other homosexuals?   I would say that a consensus already exists: the consensus fidelium, the consensus of the faithful. The current teaching of the church regarding marriage and the orders of creation and the current church practice represent the consensus of the faithful down through the centuries.  It is a consensus based on the interpretation of Scripture and the moral tradition.  It is this consensus that we are being asked now to abandon, and part of that effort will be to show that the conventional exegesis of Scripture cannot hold and that the moral tradition cannot stand in the wake of new evidence.

It is O.K. for individual members of the church to make these claims and press debate.  Even teaching theologians can make these claims.  But bishops cannot depart from the consensus fidelium because it belongs to their office to defend the faith and morals of the church.  The Augsburg Confession, Article 28: 34-35, holds “Concerning this question, our people teach that bishops do not have the power to institute or establish something contrary to the gospel, as is indicated above and as is taught by canon law throughout the ninth distinction [of Gratian].  Now it is patently contrary to God’s command and Word to make laws out of opinions or to require that by observing them a person makes satisfaction for sins and obtains grace.”   The Lutheran reformers were especially concerned that bishops not institute new teachings or practices that would snare consciences or put the faithful in bad faith.

Many years ago—1967, in fact, when the Lutheran world was celebrating the 550th anniversary of the beginning of Luther’s Reformation—I heard the Most Reverend Hanns Lilje, Bishop of Hanover, Presiding Bishop of the United Lutheran Church in Germany, and President of the Lutheran World Federation, preach at a Reformation Festival.  The next morning he spoke to seminarians (of which I was one).   One seminarian asked this esteemed churchman whether he still espoused a particular idea he had put forward as a young theologian, and if not, why not.  Bishop Lilje replied that he was not at liberty to promote novel ideas, including his own, because he was a bishop of the church and he had to guard the faith of the faithful.

That’s what I ask of Bishop Hanson in the difficult days ahead for the ELCA.  To take myself as an example of why this is necessary: even though I continue to read and write and get involved in the work of the wider church, I am a full-time parish pastor.  All the rest has to take a back seat to my front seat daily pastoral work.  I do the best I can to keep up with discussions going on the church, but I simply don’t have the time to become involved in every issue that comes down the pike, even important ones like the items on the gay agenda.  Yet there are pro-gay advocates in the church who are pushing their agenda.  They are well organized, adequately financed, and politically astute, and so far there is no organized opposition.  I look to the Presiding Bishop and to the Synod Bishop to be the advocates of the consensus fidelium, to guard the faith of the faithful and to uphold the moral tradition by which we try to live in obedience to God’s law.  As the Augsburg Confession teaches, as long as the bishops do this, we owe them our obedience. 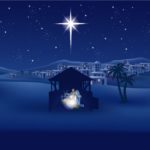