You are here: Home / Ministries of Word and Service / Teen Sex, Urban Ministry, and Missio Passiva

Each Wednesday during Lent, the churches of the Metro Chicago Synod’s south conference gathered for a meal, song, prayer, and a frank moderated discussion of issues of sexuality facing our churches and communities. As an intern this year at Bethel-Imani Lutheran Church in Englewood, it has been my responsibility to attend and participate along with many of our congregation’s adults and youth.

Our second gathering, on February 20th at St. Stephen’s, was a particular success. The Rev. Dr. Wyvetta Bullock, the ELCA’s executive for administration and a pastoral associate at Bethel West, gave an urgent, funny, and colorful presentation about the dangers of leaving sex and love entirely to the culture and the media to define when the church stays silent. What had been intended as a discussion of GLBT issues as they relate to the youth of the church turned quickly and beneficially to the confusions and struggles young people deal with irrespective of their sexual orientation.

Some parents lamented the changing times; others lamented the sparseness of their own guidance at a young age. (“Keep your skirt down and your panties up” was the sum total of sex education one woman reported receiving from her elders.) The young people talked about the social pitfalls of associating with gay and lesbian students in school and about how adults seem to judge them for their clothing and for decisions that the adults themselves may have made or wanted to make when they were young. The realities of disease and unprepared pregnancy, which hover unspoken in so many discussions, were front and center.

For an hour and a half, church people from the South Side parishes were engaging in the kind of spirited, good-faith, open discussion of the kinds of issues that are associated in most churches I know with outbreaks of euphemism, avoidance, theology, or worse. In this I am the chief of sinners: during a year and a half of confirmation class with smart, independent-minded kids from my home parish, I never once brought up sex, sexual and social decision making, and the risks and goals involved with the passage through adolescence. While I had plenty of ways to rationalize my avoidance of the topic, in the end it came down to my own fear of it and, in a way, of the young people. The fear only broke when the role reversed, and I had to sit and listen as the young people of the south conference told me what was on their minds. As the cartoon Gandhi said, “I must hurry to follow them, for I am their leader.”

I am a white student from a middle-class background serving his internship in a predominantly African-American congregation in a predominantly African-American and low-income part of town. By definition I am doing “urban ministry,” as I have done with predominantly white churches on the north side. Yet I don’t really know what people mean when they talk about urban ministry. I’ve used the term myself without having much to say if anyone ever pushed me on what it means (no one has). It can carry the connotation—indeed, I’ve made it carry the connotation—of ministering on the basis of social ills.  Used in an over-broad sense, this can lead to the unfortunate tendency to view our cities as places of endless need into which the well-heeled and -intentioned can pour their largesse.

The idea that a confirmation mission project, for instance, could start with learning about a different community, entering into the experience of that community, and understanding how one’s own community relates to it is difficult and even unsatisfying. It’s much easier to measure mission in terms of gallons of paint applied, square feet of floor put down, or pounds of food distributed. Such tangible outcomes reflect well on the volunteer and promote a sense of accomplishment. Yet the lives of the people touched by this beneficence often remain a cipher. The complex and dense interactions, ideas, and histories that make up urban life go easily unexplored by the weekend mission project.

While I myself am not a “weekend warrior” urban minister, neither am I yet a resident. As an intern, I am somewhere between. As such, I must both act and suffer; or, rather, I must give and receive.  And it is the receptive or passive aspect of urban ministry and mission that can be hardest for someone moving from a position of relative privilege to a position of relative deprivation—harder than taking the unfamiliar expressway exit, harder than attuning your ears to a different vernacular, harder than any kind of ordinary mission labor.

I mean “passive” here in the theological sense.  When we speak of a passive righteousness with respect to God, it refers to a righteousness God alone grants us for the sake of faith, over against the righteousness of our self-chosen, self-motivated, and self-regarding good works. So too there may be a passive mission that can form, instruct, and renovate the one participating in it, rather than an active mission that sends itself for the sake of its own projects. For me, at least, it has meant leaving some of my attitudes—most importantly the unconscious but overwhelming sense of superiority that most privileged people feel towards the underprivileged—at the church door and waiting to develop new ones.  It has meant playing a lot of Uno and helping with a lot of homework before the first conversation about faith or morals can happen. It has meant absorbing the wisdom, outlook, and experience of others as naturally as I dispense my own.

At Bethel-Imani, we have a daily after-school program, a weekly Youth Night, quarterly lock-ins, and periodic events such as the Lenten discussions.  In a way, the young people—pushed and prodded a hundred different ways by family, school, and culture—are the heart of the church. They need a lot, from better education, guidance, and health care to things as simple as food, clothing, and eyeglasses. The enlightening and uplifting discussion we had about sex and love at St. Stephens’ didn’t make their world any less dangerous.

At the same time, however, they’ve seen and heard a lot.  There are young poets, scholars, and comics in the group. They are not without wisdom and perspective. As I’ve seen, they can even be honest with us when we, their elders, have a hard time being honest with them.  It’s not as hard to lead once one learns to follow. 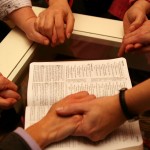