You are here: Home / Spirituality / Frank Senn’s Warning – A Response

Since Frank Senn’s response, in Let’s Talk, Volume 2, Issue 1, to my previously published piece goes right to the heart of some crucial issues in our thinking about the ELCA, it is well worth a response and even further discussion. He raises two major issues: the theme of baptism and the question of the church accommodating to its surrounding culture.

Concerning baptism, Senn’s comments are a welcome elaboration of the theme of possibility and transformation. My article was a small piece of a larger work in progress, and I will certainly want to incorporate his suggestions.

There is little quarrel between Senn and me on the dangers of the church betraying its mission by identifying with the cultures of this world. He puts the matter eloquently in his emphasis that the church must “reach out to cultures and engage in dialogue, either to transform them or to confront them with an alternative way of life and world view.” The church lives to be a servant of God’s redemption of the creation.

The issue between Senn and me concerns our interpretation of the church in its present situation. While we agree that the church too often sells out to the world, we differ in our understandings of the redemptive mission today. Our Christian doctrines of creation, Incarnation, and Real Presence in the Eucharist tell us that our created nature is what God redeems, and nothing else about us. Our cultures are part of this creation. Our Christian theology of redemption tells us that there is no redemption apart from Incarnation and Real Presence, and as the church is called to be an agent of the Gospel of redemption, its call is also to be incarnated within the cultures of the world. I believe that the ELCA’s own mission goals show that it understands this calling to be an incarnate community in contemporary culture, but we have scarcely begun to actualize our understanding. I also believe that the ELCA, far from being too American, has only begun to take contemporary American cultures seriously; we are still much more a northern European colony in North America than we want to admit. We have far to go if we are to realize our calling as ELCA.

My concept of the “people’s church,” calls attention to the need for such incarnation and its risks. Frank Senn rightly underscores that one of these risks is the church’s demonic identification with culture. We need that warning. But it should not be allowed to distract us from the truth that God’s mission requires that the church share its Lord’s incarnation in the particular cultures that God has created. Granting Senn’s point that culture is not always what we wish, we might ask, “Do we have to be incarnated in American culture in this era?” We might extend that to say that incarnations in principle may not be what we would hope for. So, too, fantasizing that when the Christ-Logos referred to in the Prologue to John learned that being logos involved incarnation in a human body, he might have asked, “Does coming to earth to reveal God have to be in a human body?” And an ordinary human body at that (not Michael Jordan’s or Marilyn Monroe’s body).

The Rev. Dr. Philip Hefner is Professor of Systematic Theology, Emeritus, at the Lutheran School of Theology at Chicago, and Senior Fellow at the Zygon Center for Religion and Science. 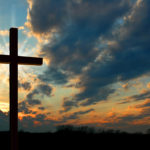