You are here: Home / The Vocation of the Laity / Standing Between God and the World: Reclaiming the Priesthood

In my capacity as Associate Pastor for Youth and Family I have the privilege to lead the catechetical ministry for our congregation as we prepare young people for the Affirmation of their Baptism (typically called Confirmation).  As part of this ministry,I spent some time with our confirmands before Reformation Sunday talking with them about the promises they were about to make and what those might mean in real life.

I focused each of these individual conversations on one portion of the liturgy for Affirmation of Baptism, the address to those making affirmation (rubric #14 on page 201 for those of you following along in Lutheran Book of Worship).  If someone were to ask me for the most concise and complete statement of what the “call of the baptized” really is, I would point to this address. The call of the baptized as expressed in this liturgy includes the call of the laity as well as the call of clergy. However,it is instructive to observe what things specific to each of these groups we might learn from reflection on this address.

You have made public profession of your faith.

Do you intend to continue in the covenant God made with you in Holy Baptism: to live among God’s faithful people…

It is the call of all the baptized to live as a part of the Christian community. That means that it is the role of the baptized (for our purposes at the moment: the laity) to gather together with the rest of the baptized.  The primary way that Christians gather together to express and to experience their unity is in the Eucharistic celebration.  It is the role of the laity to gather.  Clergy clearly have a special role to play in this gathering.

I would maintain that the primary role of the clergy is to gather the people together: to issue the call to worship and to preside over the gathering. Perhaps we need to be reminded of the image of the pastor as the president/presider of the Christian assembly.  The clergy’s call in relation to the weekly gathering of the people is to ring the church bell, to issue the call to gather and to issue the proclamation of what it is that we gather around.

Sometimes in our modern era of hyper-egalitarianism and the(rightful) fear of the misuse of authority, pastors (ones given authority by the community) are afraid to or do not wish to exercise their authority. But the call and the role of clergy is to issue the call to gather and to proclaim to the community what it is that we gather around.  If the gathering of the community were left to the democratic impulses of the community, there is no telling when, how, or around what the community would gather. It may be the latest social-justice issue,the latest technique or need for self-help or societal help, or a desire to sing the old favorites and get to brunch on time.

If the pastor doesn’t issue the call, how will the people know when, where, and how to gather? Just as dangerous and pernicious to true Christian community as a pastor who misuses personal authority in the call to worship is the pastor who refuses to exercise any authority at all.  This differentiation of roles and calls is nothing more or less than good order.  It has nothing to do with hierarchy or personal pride.

To hear his Word and share in his supper…

Here is where the role of the clergy as president/presider is most helpful as we seek to discern the differing roles of clergy and laity in the life and ministry of the church.  It is the call of the laity to hear God’s Word and to share in the Lord’s Supper. As baptized Christians, pastors need to continue to hear God’s Word over and over in new and old ways all the time. Pastors also need to continue to find ways of sharing in the Lord’s Supper, sometimes in roles other than as the presider.  But there is a distinction to be made here: the pastor is also charged with a specific function, to preside over the hearing of God’s Word and the sharing of the meal within a congregation.

Often, that means that the pastor will do the proclaiming while the laity will do the hearing.  In any congregation, however, there are dozens and dozens of people who proclaim the Word of God that is heard by the gathering of the baptized: Sunday School teachers, choir members, Congregation Council members.  It is the call of the pastor,as presider, to ensure that it is the Word of God that is proclaimed.

Throughout the history of the church, and at the present moment in the ELCA, there has been some controversy over the proper role of the laity in relation to the Lord’s Supper. If we see the pastor as the president/presider of the assembly in relation to the Lord’s Supper, that would call our practices back to the centrality of the assembly and its ministry (liturgy) in all our practices related to the meal.

To proclaim the good news of God in Christ through word and deed, to serve all people, following the example of our Lord Jesus, and to strive for justice and peace in all the earth?

All believers are called to be those “God-bearers” in the world.  Stephen Ministers, Sunday School teachers, lay communion ministers, and the ever popular “casserole brigades” all live up to this call by bringing the saving message of God in Christ to those they encounter.

The priesthood of all believers speaks to us of the way thatChristians mediate between God and the world. The call of the clergy is to empower the people for this mediating ministry.  How are the people best empowered?  Are they empowered by pastors joining the community in its action and priesthood, not wanting to be too authoritarian?  Are they empowered by pastors who proclaim “Thus says the Lord…” without listening to the needs and cries of the people? Of course not.

If the gathering of the baptized is to be truly empowered and enabled to proclaim the Word of God to a world in need while praying on behalf of the world before God, then the people need a priest themselves. The people of God need a priest who is not afraid to stand in that uncomfortable space of leadership without authoritarianism, not afraid to proclaim an alien Word of God while listening to the cries of the people, not afraid to claim the call that has been given to them by God and the community. If pastors are unwilling to claim their priestly role, then there is no way that the community can properly exercise its own.

1 For an excellent discussion of this call, especially as related to ministry with young people, see The Godbearing Life: The Art of Soul Tending for Youth Ministry by Kenda Creasy Dean and Ron Foster (Upper RoomPublishing, 1998). 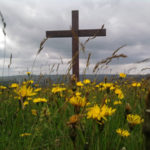