You are here: Home / What is the Tie That Binds? / A Flawed Psalter

In October Evangelical Lutheran Worship (ELW) will be rolling off the press and into pew racks. By Advent 2006 Augsburg products will support ELW rather than Lutheran Book of Worship (LBW). That includes bulletin inserts which will include the new cycle of prayers of the day and the psalms. I’m not too concerned about the prayers of the day. Every church that uses the Revised Common Lectionary has worked on a cycle of “opening prayers” that relate to the three-year lectionary, including the Roman Catholic Church. The ELCA prayers are as good as other sets (e.g., Roman Catholic, Presbyterian), and actually better as collects since they try to introduce the readings rather than make specific references to readings that the assembly has not yet heard. The inclusion of a full Trinitarian termination for the prayers on Sundays and festivals is a welcome return to the pre-Vatican II use. Not every prayer in the new collection is of equal quality; but that was also true of the LBW prayers and all the historic prayers in the Western liturgical tradition.

I am more concerned about the psalter. ELW includes all 150 psalms — a good move! — as well as the other biblical canticles used in the prayer offices. It claims to be based on the LBW psalm translation. It claims to be a “conservative revision” that does not avoid use of the term LORD, but limits the use of gender-specific pronouns as applied both to the human community and to God. Thus, Psalm 95:2 eliminates male pronouns applied to God by having “Let us come before God’s presence with thanksgiving and raise a loud shout to the Lord with psalms.” The ELW version also avoids the use of gender-specific pronouns applied to God by changing the “direction” of the psalm from proclamation to prayer. Thus Psalm 23:3 has: “You restore my soul, O Lord, and guide me along right pathways for your name’s sake.” Psalm 98:2(3) changes “The Lord has made known his victory; his righteousness has he openly shown in the sight of the nations” to “O Lord, you have made known your victory, you have revealed your righteousness in the sight of the nations.”

The justification for this change of direction is the asserted “desire, expressed by many over the past generation, to pray the psalms in the language of prayer, that is, addressed to God, and in language that avoids the preponderance of masculine language and images within the current liturgical version.” I do not recall hearing a groundswell of desire “to pray the psalms in the language of prayer.” In any event, the entire psalter is not recast in the direction of prayer, only some verses where doing so avoids referring to God using the male pronoun. As we have seen, in other verses nouns are used instead of pronouns. Granted, it would be tedious to keep repeating “God” or “the Lord.” On the other hand, that solution at least retains the element of proclamation that is as much a part of the psalms as prayer addressed to God. In the liturgical use of the psalms we proclaim the wonders God has done to ourselves and to each other in the assembly as well as offer prayer to God using these ancient words.

As justification for this “emending” of the texts of Scripture to meet contemporary desires, the document “The Use of Scripture in the Language of Prayer and Worship” notes that many liturgical dialogues and canticles do not use a literal word-for-word translation of the Bible. True, prayers often draw on biblical images or make biblical allusions without literally quoting the text. Some liturgical canticles are based on biblical texts but are not literal translations, such as the Gloria in excelsis Deo (“Glory to God in the highest”) and the Sanctus (“Holy, holy, holy”). Fragments of psalms are used in dialogical refrains and antiphons, and these are sometimes rendered in the second person rather than the first person. But where Scripture has been used as Scripture, there has been no “emendment” of the text. Historic introits and graduals used the Vulgate Latin version. English language psalmody in The Book of Common Prayer used and retained texts based on 16th century English translations rather than the 1611 Authorized King James Version, and Lutherans worshiping in English inherited the Reformation Era English translation. The LBW psalter is also the psalter prepared for the 1979 American Book of Common Prayer. It was a translation prepared for the Prayer Book that would be more amenable to chanting than, say, the RSV translation. With the ELW translation of psalms and canticles we now depart from common texts with the Episcopalians.

Few of us saw this coming. It surely constitutes a major change in ELCA worship to emend the texts of Scripture. Yet there was little opportunity to evaluate this change. By way of comparison, in 2005 the delegates to the Convention of the Lutheran Church–Missouri Synod had in hand the full text (liturgy, psalter, hymns) of their proposed Lutheran Service Book for discussion and debate. Responses from their convention were dealt with by a Commission on Worship responsible to the convention — the same Commission that was responsible for the proposed new worship book, which is now authorized by the highest authority in their church body. The 2005 ELCA Churchwide Assembly was not given a similar opportunity. It was asked to approve a process, not a product. Some anonymous review committee took the concerns of the Churchwide Assembly and the Conference of Bishops (the only theological review given to ELW) and made the necessary changes in the final texts.

Gratefully, Trinitarian language has been restored in the ELW liturgical orders. But now we have this emended psalter, and each of us (pastors and congregations) have to decide whether or not to use it. This also includes making a decision about whether to continue using Augsburg bulletin inserts. If a decision is made to use this psalter, will a disclaimer be published in bulletins that “this is an emended version of Scripture?” Perhaps many pastors and congregations who have been resisting downloading and making their own worship folders will be driven to do so by the need to use the new “worship resource” selectively. The argument can be made that pastors and congregations have always used official worship books selectively. But the church body that represents within its streams of tradition Henry Melchior Muhlenberg’s vision of “one book, one church” for North American Lutherans is taking a step away from this ideal after a century in which it was nearly realized. 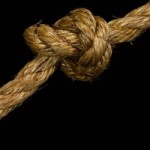