You are here: Home / Women in the Church / In Their Own Voices

The Multicultural Women’s Dialogue has been going on at Lutheran School of Theology at Chicago since 1992. Following are excerpts from a transcript of a reflecting on what group members had learned from their experiences together. 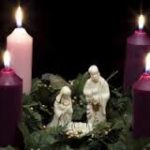