You are here: Home / Worship and Culture / The Ecumenical Situation in Ireland

Saint Patrick’s Breastplate is a well-known prayer that has echoed throughout many centuries of Ireland’s history. It expresses the hope that Christ will be “in the heart of everyone who thinks of me, Christ in the mouth of everyone who speaks to me, Christ in every eye that sees me, Christ in every ear that hears me.” It was through the Irish missionaries of the sixth century onwards that Jesus Christ re-emerged in the mouth, eyes, ears and mind of countless peoples throughout the continent of Europe. Contemporary Irish missionaries and volunteer workers of all denominations have continued to bear eloquent witness to the Christian spirit of charitable outreach to one’s neighbor.

However, although the roots of the problems are much more political, cultural, historical and social than religious, it is also true that in recent years media accounts throughout the world have reported on the tragic events that have become associated with Ireland. They speak of a struggle between Catholics and Protestants. Sadly, it is true that many who carried out acts of violence bore the name “Christian.” It is also a sad fact that in part the conflicts were a sign of the tragic consequences of divisions between Christians.

Thankfully, the process of peace in the past decade in Northern Ireland continues to gather pace, although progress is always delicate. Tolerance, harmony, forgiveness, reconciliation and mutual respect are attitudes and values that need to be re-established anew every day.

Despite, or maybe, in part, as a fruit of terrible suffering, relationships between Christians have been transformed in recent years. The current number of meetings and degree of co-operation and interaction between members and leaders of different churches would have been unimaginable forty years ago. It would be impossible to count the numerous seeds of peace sown at the individual and community levels.

Ecumenism in Ireland is, of course, more than about Northern Ireland. In fact there are two jurisdictions on the island of Ireland and this also impinges on ecumenical dialogue. And although the churches operate at an all-Island level, the different ‘worlds’ that arise from different jurisdictions can lead to different expectations, practices and experiences of ecumenical relations.

In the Republic of Ireland, Catholics are a very large majority and Protestants a minority. Consequently, often Protestants and Catholics simply might not meet! In Northern Ireland there is not such a large discrepancy between the numbers of Catholics and Protestants, but the tensions of recent decades have led to a different ecumenical atmosphere.

There are many encouraging interchurch initiatives in Ireland. Services during the Week of Prayer for Christian Unity are now commonplace. The Annual Women’s World Day of Prayer has increasingly seen women of various denominations come together. Groups engage together in Bible studies and discussion of church documents. Concrete projects become occasions for cooperation and friendship, such as initiatives that foster education for mutual understanding, joint study of local history, organizing conferences, and concrete social initiatives. Christmas carol services and other annual events are sometimes held jointly. Interchurch groups, church forums, clergy fellowships, education-for-peace projects, and fellowship meals are increasing, particularly in Northern Ireland.

A major milestone in Ecumenism in Ireland was the inauguration of The Irish School of Ecumenics in 1970. Other noteworthy initiatives in Irish ecu-menism include the annual Glen-stal Ecumenical Conference held since 1964 and the Greenhills Conference (near Drogheda), which began in 1966. The Cory-meela community is internationally recognized as a prophetic sign of reconciliation.

Unfortunately, violence and sectarianism have led to deep prejudices, hurt and painful memories that can easily block engagement in any outreach to or dialogue with members of another tradition. Sectarianism has been defined as a complex of attitudes, beliefs, behaviors and structures in which religion is a significant component and which (a) directly, or indirectly, infringes on the rights of individuals or groups, and/or (b) influences or causes situations of destructive conflict.

The issue of sectarianism is one that has received considerable attention in Ireland especially since the 1998 Good Friday Belfast Agreement. Striving to create a culture that moves beyond sectarianism, we need to recognize how much all Christians share together in the presence of the Risen Christ. A number of projects now exist that seek to uncover embedded negative attitudes towards one another and help people deal with the past in a way that is effective and real.

Adverse circumstances such as sectarian protests in Northern Ireland have sometimes become occasions for increased ecumenical efforts such as the issuing of an official statement of support by a kirk session of the Presbyterian Church to a Catholic parish after a destructive sectarian incident with the request that the statement be read at Masses celebrated within the parish.

The main official ecumenical meeting point in Ireland is The Irish Inter-Church Meeting, which first gathered at Ballymascanlon in September 1973. The Inter-Church Committee, made up of leaders and representatives of the members of the Irish Council of Churches and of the Episcopal Conference of the Roman Catholic Church, meets several times a year. The Inter-Church Meeting has two departments — one that looks at theological issues and one that examines social questions. The coming together of leaders and representatives of churches has helped greatly in facing together issues of concern such as the delicate issue of inter-church marriages.

Until a few years ago, the main focus ecumenically was clearly on what were called the four “mainline” churches: Roman Catholic, Church of Ireland, the Presbyterian Church and the Methodist Church. A major shift in ecumenism is coming about, however, with the growth of Orthodox Churches, minority ethnic churches and other new communities in Ireland. These developments will alter considerably the ecumenical landscape.

Since 1996, up to 200,000 foreign immigrants have come into the Republic of Ireland, comprising 5% of its current population of four million. The Orthodox presence increased from 358 persons in 1991 to 10,437 in 2002 and continues to rise rapidly. Many Black Majority Churches have been established and are developing at a fast rate all over the country.

Any overview of ecumenism in Ireland cannot but recall in gratitude the countless individuals, communities and movements that have sown so many seeds of reconciliation and dialogue amidst tears and much suffering during the past 40 years. There can be no doubt that many of the cross-community projects that have developed in Northern Ireland are Christian inspired.

It is in a renewed discovery of the presence of Jesus among us when we are gathered in his name that Christians in Ireland are rediscovering their deep Christian roots and specific contribution to evangelization in the world today. Having passed through a dark night, involving clashes of culture and mentality as well as contentions about the interpretation of history and perspectives for the future, Christians in Ireland are engaging in the painful but healing work of reconciliation.

It is our hope that by witnessing to the deep experience of God that opens up in this reconciliation, Christians in Ireland may be able to share its many positive experiences in a world that is seeking how to live in multi-cultural, multi-ethnic and multi-religious circumstances.

The words of the breastplate of St Patrick, expressing a faith common to us all, gives articulate voice to the deepest prayer of Christians in Ireland.

(This description of the local ecumenical situation was prepared by the local preparatory group for the Week of Prayer for Christian Unity 2006 and is published under its sole authority.) 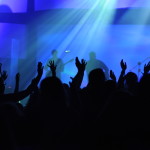