You are here: Home / Worship and Evangelism / Evangelism and Identity: Can Indians Be Evangelized?

(This article is excerpted and adapted by Let’s Talk with the permission of the author. It is taken from “Evangelism with the Native American Community,” Multicultural Mission Institute, Lawrence, KS, 1990.)

Evangelism is a crucial issue, not only for the Native American community, but for the Evangelical Lutheran Church in America as a whole. As a Native American pastor, this issue is of particular concern personally. I know that the ELCA has affirmed its commitment to full participation of Native Americans and all people of color in the life of the church, but I wonder if this church really understands the commitment it has made. In the broader context this issue is not just a matter of getting more people of color into the ELCA so that we can all see our numbers grow.

The real issue is: how are we, as members of the ELCA, to make our mission and ministry relevant to the people with whom we work and live and whom we encounter each day? This is not merely an issue for Native Americans or people of color; it is even more an issue for the White community. For instance, worship needs to be relevant for worshippers if we are serious about evangelism. This does not only mean that worship in Native American congregations needs to reflect worship traditions in the Native American community. It also means that Lutheran worship in predominantly White congregations needs to be relevant for those worshippers. Are the liturgies of the Lutheran Church made relevant for the vast majority of Whites in congregations, particularly the youth? The question that the ELCA must address, then, is not how we can increase the number of warm bodies in the pews of our congregations. We must ask, “How do we do appropriate and faithful evangelism in the communities in which we live?”

If our evangelism discounts or devalues the cultures and traditions of Native peoples, then we are not being faithful to our call to evangelize, that is, to offer the Good News of God in Jesus Christ to others in a way that is relevant to their cultures and their world views. Our evangelism will not be faithful if we insist that the Good News from God can be interpreted from only one perspective, which is time and culture-bound. We are not out to create “good little Lutherans;” we are called to share the news of God’s work in Christ with others.

Before the ELCA can even ask the question about evangelism it needs to struggle with the prior question of identity. The question is, “What does it really mean to be a Lutheran?” My experience has been that if you asked most Lutherans that question, they could only answer negatively: “I don’t know what a Lutheran is, but I do know what a Lutheran is not: not a Roman Catholic, not a Baptist . . . not a Native American.” The commitment the ELCA has made to include all ethnic communities fully in its mission and ministry is a commitment to move from an identity as a European immigrant church to an indigenous church.

The history of the Lutheran church in North America is almost exclusively a history of maintaining a specific cultural way of life. The Lutheran churches that grew up all over not only served as the spiritual centers of their communities, but as the cultural centers as well. This is not something that should be given up, by any means. What many of us in the communities of color are saying is that we would like the same opportunities to do this as the so-called “established” communities have had. The history of the formation of Lutheran church bodies was much the same. With few exceptions, the formation of these bodies revolved around cultural and ethnic issues as much as theological issues, sometimes even more so. The ELCA is one of the few U.S. Lutheran church bodies, if not the first, to intentionally merge different European ethnic communities, and at the same time, to make an intentional effort to include people of color as full participants in the life of the denomination.

The current struggle for identity in the ELCA has just as much to do with White members not recognizing and affirming the diversity of different European ethnic communities as it does with attempting to broaden its ministry into communities that have traditionally been excluded, that is, people of color. People of color, then, become the lightning rod for the so-called majority’s unwillingness to deal with their own diversity. I believe that the current strong reactions against cultural inclusiveness in the ELCA has its roots in the inability of some to deal with or see the diversity within the White community, much less any other community. This is doubly true with Native Americans. They are not just another ethnic community, but the original inhabitants of North America. Churches, as every other part of U.S. society, have benefited greatly from the sacrifices of the native peoples of this land. Wishing this not to be true will not make it go away.

Red Jacket, a Seneca chief, speaking to a White missionary, said,
Brother, we have been told that you have been preaching to the White people in this place. These people are our neighbors: We are acquainted with them. We will wait a little while and see what effect your preaching has upon them. If we find that it does them good, makes them honest and less disposed to cheat Indians, we will consider again of what you have said. (Marilyn Bode: Christians and Native American Concerns in the Late 20th Century: Participant’s Book, 1981:13)

The churches of the Metro Chicago Synod have an opportunity to reach out to one of the largest urban concentrations of Native Americans in the US. Faithful evangelism starts by not assuming we know who these people are, but getting to know them face-to-face. Only then will we work past the stereotypes and century-old images perpetuated by Hollywood.

Adult forums or individuals of our congregations could also arrange dialogs with Indian people on their own turf by contacting the Anawim Center. Director of the center, Sister Toni Harris can also help people attend worship or prayer services and listen to a Native American spiritual elder. The center is sponsored by the Roman Catholic Archdiocese of Chicago and offers a neutral place for Native Americans to meet. It is at 4554 N. Broadway, Suite 258, Chicago, 60640. The phone number is 312-561-6155. When congregations invite “expert” Indians to their places of worship the visitor does not feel completely free to express what they wish to say. Meeting at the Anawim Center, or a location like the Chicago American Indian Center, can make a real difference.

Another step in learning to be hospitable to Indians is to hold a Native American Sunday. Resources for this, including reproducible bulletin inserts, Bible study materials, and youth activity guides, are available through the ELCA. Congregations may want to use such a Sunday to gather an offering for the Native American Ministries Endowment of the ELCA Foundation or for an ELCA Native American ministry. The nearest such ministry is the Lutheran Church of the Great Spirit in Milwaukee.

Gordon Straw serves as Program Director of the ELCA Lay Schools for Ministry. He has served interim pastoral ministries in the Metropolitan Chicago Synod and lives with his wife Evelyn in Chicago. 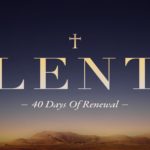