You are here: Home / Communion and Community 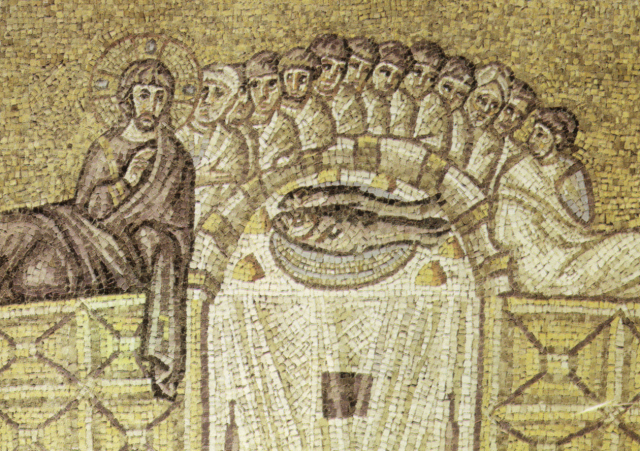 If we were to choose one Biblical author and one verse to be queried by a time-traveling exegete, Paul’s insistence to the Corinthians that “all who eat and drink without discerning the body, eat and drink judgment against themselves” (I Corinthians 11:29) would get more than a few votes. The judgment is clear–in the next verse, Paul explains that the Corinthians are taking ill and dying because of this particular impiety–but the precise sense of “discerning the body” has bedeviled the church for a very long time. Does it refer to discerning what a later age would call the real presence of the Body and Blood of Christ? Does it refer to identifying the body of believers among whom one partakes? Is it aimed instead toward personal holiness?

In this issue of Let’s Talk, we’re exploring how the church discerns the sacramental body against a shifting background of the world at large–a world of Christians from various traditions, of confirmed skeptics and curious “nones,” of religious seekers and the committed adherents of other faiths. New questions are being asked, in and of this body, about what constitutes participation, sharing, commitment, and membership. Should the traditional restriction of holy communion to the baptized believers be sustained in a world of more permeable identities and practices? Can participation in worship and community be entirely “virtual”? What does “membership” mean in an age of ephemeral, if significant, affiliations?

The Evangelical Lutheran Church in America is asking its lay members, clergy, and theologians to discuss the relationship between baptism and holy communion as we revisit our 1997 guideline: “Admission to the Sacrament is by invitation of the Lord, presented through the Church to those who are baptized.” Frank Senn endorses the existing guideline and the practice of “fencing the table” for the sake of “radical intimacy” among the faithful and between the faithful and Christ: “Holy Communion continues to be about forgiveness of sins and reconciliation, not only with one another in the church, but between the church and its Lord.” Ben Stewart raises several “accents” in the debate over communing the unbaptized, pointing out that the meal is not simply about access but about “becoming what we eat—the body of Christ” and the seeker’s role in discerning his or her desire to become that body. Benjamin Dueholm asks whether radically open invitations to communion can shade into aggressiveness as we deny even committed believers in other faiths an explicit basis for refusing this form of fellowship: “Our invitations don’t simply remove obstacles; they also construct our understanding of our community and of those we invite.”

When we talk about who participates in holy communion, we rely on assumptions, often unstated, about what worship necessarily is, and how our community is defined. E. L. Bodenstab argues that Holy Communion need not define every gathering of the Christian community: Rather than reduce the sacramental practices of the congregation to only communion,” Bodenstab argues, “God calls us to spend time being in relationship with those the Spirit is gathering together.”

An example of this fruitful distinction between gathered community and sacramental community is provided by Francisco Herrera, who tells the story of his spoken-word performance of the passion story in Mark’s Gospel for a church-skeptical crowd at the Heartland Café in Chicago. When the moment of the body and blood came, it looked different than it does in worship. “Important? Yes. Moving? Yes. But not central. It’s really just a three-verse highlight to a tense dinner soon crashed by swords and clubs.”

From the vantage point of a parish in a young, geographically and philosophically mobile community, Craig Mueller asks what it means to invite people into church membership. The idea of church membership itself being developed in and suited to a very different milieu, Mueller wonders: “Is it possible to be a public church that welcomes people at whatever level of commitment they find themselves, while encouraging others to become more involved in the life and mission of the community?” To do both well and faithfully will be a challenge for more and more religious communities as affiliations with organized religion continue to loosen.

Finally Tim Brown addresses the rising question of whether community participation can become largely, or even fully, virtual and electronic. “Even Facetime or Skype aren’t like sitting in the same room,” Brown cautions, “where you both have to pause as the same siren goes past, smell the same stale air blow through a bad ventilation system, or negotiate a small shared table.” Modern communication methods, stunning as they are, introduce one kind of distance while diminishing others.

Each of these articles is offered to encourage your own thoughts and discernment on how Christian community is discerned, formed, and experienced. How do you invite people to share in holy communion? How do you communicate with people on the fringes of the church, or outside of it entirely? How do virtual and real presence interact in your experience? Drop us a line and continue the conversation! 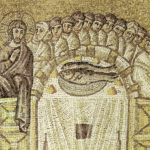