You are here: Home / Joint Declaration on the Doctrine of Justification / The Forde-Nestingen Letter Critiqued

Passage of “Called to Common Mission” by the 1999 Churchwide Assembly has brought a storm of protest organized as the so-called “WordAlone Network.”  A preview of the protest could be seen in heated discussions of the “Mahtomedi Resolution” at synod assemblies last year.  Let’s Talk published the proceedings of a pre-assembly forum at our MCS assembly that provided an opportunity for each side to air its case.  (See Volume 4, Issue 2, “How Shall We Answer the Call to Common Mission.”)  Since then the WordAlone Network has expanded its protest to other ecumenical decisions of the ELCA, in particular to the Joint Declaration on the Doctrine of Justification with the Roman Catholic Church.   The Editorial Board of Let’s Talk has searched for ways to stimulate discussion of this dissenting movement and its implications.  Below we are republishing an open letter to congregations from Professors Gerhard O. Forde and James A. Nestigen of Luther Seminary.  Congregations were urged by the writers to reprint this letter in newsletters, bulletins, etc.  Following the letter is a critique.  We invite you to take part in this discussion by writing to the editor.  Let’s Talk!

Dear Pastors, Members, and Friends of the ELCA,

These are perilous times for our church.  Discussion and Assembly decisions about “Called to Common Mission” and the “Joint Declaration on the Doctrine of Justification” have precipitated what can only be considered a grave confessional crisis.  The confessional witness is being shunted aside by those who are supposed to expound and defend it.  Like many of you, we are deeply troubled by this crisis.

The crisis comes about not so much because the Confessions of the Church are overtly ignored, although there is plenty of that, but rather because even when invoked there is little careful investigation or exegesis of the confessional documents themselves, their history and significance.  Thus the confession is being emptied of content.  Disputants will say, for example, “In my opinion the situation is not serious enough to warrant the claim that we find ourselves in statu confessionis.”  Individual opinion is substituted for careful interpretation.  By what right is such judgment to be made?  For that matter, what authority does a church assembly have over against the Confessional writings of the church? There is a tendency to assume that since the assembly has spoken the case is closed.  But if the assembly decision conflicts with the confession the case is just beginning.  This, precisely, is what we need to talk about.  By what right, for instance, does our leadership sign agreements with Rome?  Judgments are made, but there is no “proof,” no substantiation of the opinion, no confessional warrant for the action.  Pastors and lay persons with legitimate confessional concerns are dismissed without reason.  And so we are left with a collection of opinions with no assured content.  We are just adrift.  This is our crisis.

When there is just a collection of opinions with no content, church officials provide an agenda of their own.  Having lost our bearings we succumb easily to thought and practices contrary to the confessions.  What we need now is a return to the confessional teaching and practice of our church so that we know where we stand in times of peril.  This should not be misunderstood as anti-ecumenical.  We should support those who are concerned about the matters before us.  Indeed, we could profit from a series of Confessional Congresses to study these matters.  There is a real danger that we will just grow tired of the whole matter and allow the momentous issues before us to be settled by default.  We must not do that.  We are called to be true to our confession.  This is where we must stand.

A Critique of the Letter

Note, first, that the letter was sent to congregations.  It is largely a complaint about the purported élitism of the ELCA leadership, in particular their alleged assumption of power unchecked by the now-diminished authority of the Lutheran Confessions, and the use of that power to make ecumenical agreements that are contrary to the witness of the confessions.  Thus the letter is a populist appeal to congregations to restore the confessions to their rightful place so that the people may see clearly the error of the ecumenical agreements.  Near the end, almost as a “by the way,” there is a suggestion as to how this might be accomplished: “Indeed we could profit from a series of Confessional Congresses to study these matters.”

This is not the first time that doubts about the ELCA’s confessional faithfulness have been voiced (see, for example, Let’s Talk Volume 3, Issue 2, “Confessional Renewal Movements in the 1990s,” which discusses, among other things, the 9.5 Theses), but are Professors Forde and Nestigen serious about confessional congresses?  As with the rest of the letter, the suggestion is short on specifics.  If it were amplified into a serious proposal, such confessional congresses could be considered as a fruitful and constructive response to the perceived  “grave confessional crisis.”  But serious consideration would require that the ELCA leadership and the leadership of the dissenting WordAlone Network agree to a structure and an agenda for the congresses, going forward together in the profound hope that the attendant dialogue would be salvatory for the ELCA in the midst of crisis.  There is little in the present climate to suggest that this would be possible.

The discussion of confessional issues has become politicized, by which I mean that it focuses on persuasion as science and art.  This is not the same thing as reasoned discourse. There is plenty of blame to go around:

The letter is weakened by its near contempt for other interpretations of the confessions.  If Professors Forde and Nestigen are serious about the give-and-take of a confessional congress they must do better than insist that we have been “left with a collection of opinions with no assured content” and are “just adrift.”  They must recognize the competence of theologians who do not hold their views.  They and other members of the WordAlone Network must remember that the dialogues leading to the Concordat and the Joint Declaration were carried forward by some of the most able theologians in the church – Lutheran, Anglican, and Roman Catholic.  These dialogues were not conducted in haste or in secret: they were well documented over a period of many years.

I must conclude that the idea of confessional congresses is not a serious proposal in this letter.  I hope that these distinguished spokesmen might make a serious proposal for such congresses.  These are indeed “perilous times for our church” as the letter says.  The peril is increased dramatically by the lack of real dialogue.  We, the people in congregations to whom the letter is addressed, we who wish to work and think together are still waiting to see what shall be taught in our church. 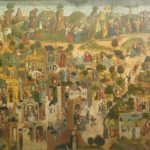