You are here: Home / Moral Theology / Success and the Cross: A Response to “The Perils of Success”

In an article for Let’s Talk, Volume 6, Issue 1, Pastor Paul Buettner offered a thoughtful challenge to the wholesale appropriation of our cultural “success ethic” as a valid measurement of faithfulness. As one who has had the privilege of serving congregations that are “thriving” as well as those that are “declining,” I share a deep concern for the simplistic and alarmingly arrogant judgments that are regularly offered by allegedly enlightened gurus of the church of the future who seem to feel that the path to salvation lies precisely in our ability to disconnect from the wisdom and experience of our forebears. Were any of these seers of things to come inclined to read a little church history they might be surprised by the similarities between their totally new, totally awesome church of the 21st Century and a wide array of both the churches and the heresies of the past.

Nevertheless, in resisting the disrespectful naiveté of this preoccupation with institutional success, it is important not to enthrone institutional failure as a measure of faithfulness either. The truth is that faithfulness cannot be measured one way or the other by the fortunes of the church manifest. Sometimes congregations decline and fail because they are being courageously faithful to the gospel of a Christ who stands both against culture and above it. But sometimes congregations fail because they are stubborn, lazy, dysfunctional or excessively attached to ridiculous adiaphora from the past that have no transcendent importance whatsoever. Sometimes congregations thrive and grow because they have sold out to a trendy, vapid, cultural gospel that never challenges anyone out of their grandiosity or self-absorption. But sometimes congregations thrive and grow because they are bold, creative, energetic, conscientious and willing to risk proclaiming a gospel with perennial power to make all things new.

Our accountability for faithfulness in mission and ministry is neither to the thrill of victory nor the agony of defeat. Our standard of accountability is still, as it has always been, the “way of the cross,” which provides a looking glass that is simultaneously a window that reveals a vision of our destination and a mirror of self-awareness.

For all of us, regardless of our situation of measurable institutional success or failure, faithfulness is still to be found in an honest struggle with these same four questions:

If we hold ourselves and each other accountable to a daily remembrance of this, we may find that the issue of institutional success and failure recedes into its proper perspective.

I wish to thank Pr. Wayne Miller for his insightful response to my observations on “The Perils of Success.” His comments clarify in an elegant way that which I have always believed to be the proper focus for “the church manifest”: the “way of the cross”, as both the standard and the paradoxical guide for our efforts at mission together. The four questions he raises for us do in fact provide a healthy and concise corrective to our (often habitual) thinking whenever we stop to ask ourselves, “How are we doing?”

I wish to reply only to Pr. Miller’s caution that “it is important not to enthrone institutional failure as a measure of faithfulness” in exchange for glorifying success. It caused me to do a little more thinking.
I agree that a sort of “obsession with failure” can work its way into a congregation’s (especially an established congregation’s) unspoken self-definition. Most of us, I believe, have known congregations (and, let’s be honest, pastors, too!) who have seemed so “down in the dumps”, so negative about everything that they virtually program themselves to live out their own self-fulfilling prophecies. What one notices in such a congregational climate is a pervading lack of energy and hope, not very unlike what one might observe in someone suffering from a clinical depression. It is truly a spiritual sickness, and it presents a puzzling and sometimes angry face to the ambitious pastor who, with the best of intentions, would be a “change agent.” The abiding preoccupation in such a constricted climate is usually comfort, and perhaps the questionable payoff of being sometimes able to say, “I told you! [it wouldn¹t work].”

It is tempting to want to “cure” the depression by offering new and hopeful visions of what might look like a “successful ministry.” But, with an image of success alone as our model, we are treating an illness with the unbiblical illusion that success can somehow be assured, if we only do it right. And we will not have fundamentally altered the congregation’s culture. Because an obsession with success is really only the flip side of an obsession with failure. Either way we remain focused on ourselves, on our limits and lacks or on our desires and capabilities. Either way becomes a spiritual dead end. Something new is clearly needed. The gospel, in the very power of its inherent paradox, is needed. If applied with love, passion, courage, and patience it can sometimes lead to an honest change of focus.

Apart from the necessary and clarifying honesty about ourselves and our congregational presence which Pr. Miller advocates, our focus doesn¹t belong at all on us but on God’s grace and God’s call. Such a change of focus will find us ever more thinking and praying about and working on just where God may be leading us on this day and how we can most faithfully go in that direction. It is then that surprising things often happen and “a way opens.” But, if it does, then a further caution. “To keep me from being too elated” and thinking the kingdom of God is something we can make or bring, let’s surrender it all to God and keep walking this incredible journey. Whatever happens, if God promises it, will be good.

The Rev. Wayne Miller is the retired Bishop of the Metropolitan Chicago Synod of the Evangelical Lutheran Church in America. 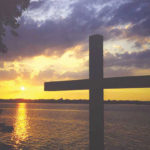