You are here: Home / Multiculturalism and Worship / Heads or Tails

When it comes to choosing hymns for Sunday and Festival services it sometimes feels like a coin might serve best. There are so many from which to choose, and, it seems, the hymn repertoires grow exponentially day by day. One way to solve the dilemma is to seek help. There is plenty available. On pp. 929ff of the Lutheran Book of Worship the seeker finds lists of hymns for the day and for special concerns. If that’s not enough, the Hymnal Companion to the Lutheran Book of Worship (Marilyn Kay Stulken, Minneapolis: Fortress, 1981) provides still longer lists for the same purposes. Still not satisfied? Try Indexes for Worship Planning (Minneapolis: Augsburg Fortress, 1996) where hymns from both LBW and With One Voice are suggested for specific days of the church year, twenty or more for each liturgical event.

Now, if all my worship students from seminary days took my advice seriously they would approach these lists saying to themselves “My task here is to match singer with situation with song.” Knowing the singer yields information about ability, acoustics and experience. Knowing situation gets easier the more one steers an assembly through the path of the church year. Ah, but the song–there is the problem. Twenty or more suggested hymns, text and tune, from which pastor or church musician must make choices.

Or, pick a hymn from what you know best. Or, sing what you sang last year at this time. Or, fly or sing by the seat of your pants. Now we are back to coins.

Hundreds of decisions about music are made each year in a given parish. They range from choosing handbell music to preparing for an alternate choice of song in case the keyboardist for the day doesn’t show up, from trying a new liturgical setting to finding a place in the service for the teen band to present its latest contribution.

The choices are political, they serve larger purposes of worship and of mission, they present themselves without notice, they mostly affect overall dynamics of worship more than what we believe, and they call for some skill at understanding how music works.

Since many pastors claim to know little about music, this juncture might transmogrify into a temptation to hand this piece on to the musician. Shun the temptation. Even church musicians anguish over choices–and keep coins handy. Besides, experience leads me to believe that substantial decisions about worship music often originate from the pastoral office.

Can we get beyond the coin? Years ago, it was possible to make choices from accepted canons of hymn collections. Hymnological gnosticism–learned at the seminary or from experience in the parsonage–helped one to know what was “good” or “bad.” Erik Routley helped us understand what that meant. He wrote that a good hymn passes two tests. One, “as a piece of craftsmanship in literature it must be without blemish” (some advice which, in spite of its monarchical pretension, still commands attention). Two, “a hymn shall do, precisely and in full, the thing it was designed to do (Hymns and Human Life, Grand Rapids: Eerdmanns, 1959, p. 297).”

Routley is not all bombast. He realized how problematic it is to speak of “good” hymns. After ruminating about good and bad he offered instead that difficulties with unwise matching of singer, situation, and song frequently lie not with the music but with the motivations of the singer or the singer-chooser.

Why and how people use music in worship can create difficulties. Increasingly a foreign experience for people, participatory music, such as that which occurs in worship, has potential to unite or divide. Music can drive people into themselves or it can provide an aural glue which incarnates the body of Christ and prepares it for mission extended into the world. The sociological dimensions of music are beginning to come to light, or should we say, beginning to be heard in the church.

In a study of the relationship between song style and cultural groups Alan Lomax years ago discovered that “as people live so do they sing (Ibid, p. 306).” He examined 233 specific musical cultures from across the world and plotted out how various musical characteristics commonly and somewhat universally connect directly to specific kinds of behavior and to patterns of organization, purpose, and societal structure. In short, a culture’s favored song style reflects and reinforces the kind of behavior considered essential to its work habits and to its core and prevailing institutions.

Interpreted for our purposes, that means that song style is shaped by and shapes the group which adopts it.

It’s not necessary here to drone out the details of Lomax’s work. But suppose we apply his discoveries to music in the church, especially to hymns. To do that, it might be interesting to advance a description of an ideal Christian worshipping assembly, and then propose what its song style might look like according to Lomax’s discoveries.

Here are some characteristics of worship for which I think we all strive:

Such a list could be expanded or perhaps shaped in different ways. But, by way of exploration, let’s see what Lomax might say about the song style of a group bearing these characteristics.

To take these ten characteristics as a recipe would be a mistake. But then they do help us grow out of coin tossing. Lomax helps us to see how the very shape of a musical presentation supports or subverts the purposes of the worshipping group.

Some may see this as an attempt to elevate head above tail. Not so. Rather, can we think about how music functions in the assembly? Can we consider its fundamental intertwining with corporate purposes, hopes, and goals? And what of the different origins and social intents of the hundreds of musical repertoires which surround us?

If nothing else, let the exercise tempt you to ask how the current canon of people’s music for worship serves now one, and then another of the stylistic descriptives above. The needs of the shape of the liturgy as well as of the diverse sub-groups of our parishes call for diversity even when choosing from within the canon.

In this case, it might be best to let the coin be lost. 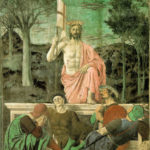