You are here: Home / Where Do We God From Here? / As I See It: What’s the Business of a Synod Assembly?

Reports by our synod delegates to our church council are usually pro forma. Last year, however, there was considerable discussion of the 2000 Metropolitan Chicago Synod Assembly at our council meeting. Part of the reason was that we had dutifully tried to respond to the bishop’s exhortation to send 10-15 lay leaders. We didn’t send that many, but we did have a van full. So more members of our congregation than usual experienced the assembly, especially its second day. So more council members had experiences and reactions to share. The other part of the discussion concerned the fact that the plenary presentation and workshops did not seem applicable to our situation. That led to a discussion about the difficulty of providing inspiration and how-to-do-it workshops that would be relevant to the diversity of congregations and their settings in our synod. And that led to a discussion about whether such an effort should even be made at a synod assembly.

At that point old hands at attending synod assemblies expressed disappointment that the agencies, institutions, and ministries of our synod, some of which our congregation has supported for about a century, were relegated to tables in the back corridor of the convention center. These old hands said that what inspired them at former assemblies was hearing about the ministries supported collectively by the synod. These lay people were inspired to return to the congregation and make sure that benevolence support for the synod and the wider church remained a significant percentage of our congregation’s budget.

It seems that in recent years the synod has seen itself more as an agency that services congregations than as the arm of the congregations that does on our behalf what we cannot do individually. Where does this idea come from that synods exist to serve congregations? I can only guess. My hunch is that it is an idea left over from the old ALC structure that had regional districts of the national Church but not synods in which congregations acted together. The national Church itself in the ALC structure existed to serve congregations. The ELCA structure is not just a triumph of the old LCA structure, but it is constituted on the principle that each “expression” of the Church – congregation, synod, churchwide – is fully “Church” with its own work appropriate to its level of expression. Thus, we do not really send delegates from congregations to synod; we provide members of the synod assembly. The synod assembly does not elect delegates to but “members” of the churchwide assembly. Each expression of the church is distinct from yet connected with the other expressions.

To take but one example of this division of labor within the ELCA: the exercise of the office of the ministry of word and sacrament belongs to the local congregation and its elected pastor; the supervision of the ministry of word and sacrament belongs to the synod and its elected bishop; the support of the ministry of word and sacrament and the maintenance of standards belongs to the churchwide expression. The local congregation is best able to assess what its ministry needs are. The churchwide expression is best equipped to provide resources for ministry through its publishing houses. The synod is given the important job of recruiting and examining candidates for ordained ministry, assisting congregations in their call processes, and approving calls. Once upon a time the public examination of candidates by the ministerium, the assessment of pastoral vacancies, and the reception of pastors from other judicatories belonged to the business of the synod convention because these things impinged on the collective public ministry and mission of the synod.

Is there no role for the synod to provide guidance and assistance to congregations? Indeed there is!  One of the functions synod staff can serve by virtue of their visitations of congregations is to link congregations together which have similar needs and opportunities. The role of the bishop especially as the apostolic leader of the regional church in mission is to relate the mission of the wider church to the mission of the local church. The annual report of the bishop to the synod, based on the experience of visitation, would provide plenty of grist for discussion at synod assemblies. Again, if the assembly is too big for a full plenary discussion of issues raised by the bishop, let the assembly divide into interest groups with opportunity to report back the gist of its discussions to the full assembly. My hunch is that such an exercise would provide some real challenge and inspiration at synod assemblies that would also be relevant to congregations. What do you think? 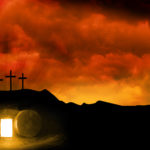