You are here: Home / Other Ways to Do and Be the Church

Welcome to the second online issue of Let’s Talk, theological discussion in the Metropolitan Chicago Synod. Our topic this time is “Other Ways of Doing and Being the Church.” It is prompted by the changes affecting the Church in general and the ELCA in particular because of the recent economic downturn and the decisions of the 2009 Churchwide Assembly.

What is happening to us and among us didn’t happen all at once in the year 2009. We’ve been building to this point for many years. What it costs to operate a Church (denomination, judicatory, congregation) is not being met with revenue generated by the giving of our steadily decreasing membership. Churches have increasingly relied on investments, and investments took a nosedive from which they are only now recovering. In this the Church is not exempt from the financial impact of the recent economic downturn on other businesses, charitable organizations, state and local governments, etc. Also, the debates over human sexuality have been going on for decades in both church and society, and synod and churchwide assemblies have been tug-of-wars between conflicting cultural forces and theological commitments. Reactions to these two developments have engendered reflection in this issue of Let’s Talk on other ways to do and be the Church.

In its early history the Church looked like a symposium in someone’s house or a dining club gathered in a rented hall.

Our conventional views of the structures of the Church focus on denominational organizations, their judicatory subdivisions, and constituted congregations or parishes. The Church hasn’t always looked like this. In its early history the Church looked like a symposium in someone’s house or a dining club gathered in a rented hall. Later on it looked like the population of the city gathered in a covered mall (basilica) or a band of zealots living in a commune (monastery) on the fringes of civilization. As Christendom, the Church once embraced the whole population of a territory or else it existed as a sect on the margins of society.

No matter what its social configurations, the Church has always assembled around Word and Sacrament, and it has always had a ministry of Word and Sacrament. But the assembly was of various shapes and sizes; its ministers weren’t always salaried staff, and they didn’t always attend a seminary or get a theological degree. Pastors like John Chrysostom and Augustine did quite well without these credentials.

Crisis in Ministry and Theological Education

Let’s begin with the crisis in ministry and theological education. Our columnist Pr. Ben Dueholm faces squarely the fact that an increasing number of congregations can’t afford full-time pastors. He is a recent seminary graduate, and he wonders whether his seminary education equipped him for the improvisory kind of ministry he and his classmates are facing. Seminary education costs a lot of money. Seminarians have to take out more educational loans beyond college or university, which they are strapped to repay because of the low-salary positions to which they are called.

Seminaries try to keep costs to the student down, but church bodies don’t always support their own institutions and there are no government funds. They usually don’t have immense endowments on which to draw. Many seminaries cannot continue to operate as they have. Seabury-Western Theological Seminary, which occupied a campus across from Northwestern University in Evanston for many years, shocked the world of theological education by terminating its residential M.Div. program. But it is not out of business. It has creatively reinvented itself. Seabury-Western’s Vice President, Elizabeth Butler, informs us about her seminary’s renewed mission and its new approach. Other seminaries need to pay attention.

What are other options for congregations, i.e. local assemblies for Word and Sacrament? Our former Let’s Talk editorial board member, Professor Emeritus Gregory Singleton, left the Lutheran Church with his wife Jeannine (a cradle Lutheran), not because he was mad at Lutheranism or the ELCA, but because he concluded that he didn’t fit in an established congregation. He took up the third option of mass suggested by Martin Luther in the Preface to his German Mass, “a truly evangelical order . . . not held in a public place for all sorts of people. But those who want to be Christians in earnest and who profess the gospel with hand and mouth should sign their names and meet alone in a house somewhere to pray, to read, to baptize, to receive the sacrament, and to do other Christian works” (LW 53: 63-64). Greg gives us a report on the St. Francis House Church community in which he and Jeannine participate.

The “emerging church” is another movement looking for other ways to do and be the Church. The emerging church (sometimes referred to as the emergent movement) is a Christian movement of the late 20th and early 21st century that crosses a number of theological boundaries and sees itself as transcending a number of ideological positions, although it is often regarded as postmodern in outlook. Because of its decentralized nature, and the fact that each group constructs its own form of church life, it is not a movement that lends itself to easy categorization. My own experience of an emerging church is a Baptist congregation in Melbourne, Australia, that has retrieved a number of Catholic elements in its weekly liturgy of Word and Sacrament. We are scouting for leaders of emerging churches closer to home to interview.

Controversy in the ELCA

Just when we didn’t need it, controversy is tearing apart the ELCA. Some congregations are withholding their financial support of the denomination or voting to leave. Some micro-synods may not be so micro as they receive disaffected ELCA congregations. But not everyone who is unhappy with the ELCA is leaving. Lutheran CORE (Coalition of Renewal) has reconfigured itself as a free-standing pan-Lutheran synod. In this issue of Let’s Talk, CORE’s Vice President, Pr. Erma Wolf, envisions how such a free standing synod or association might work. It is not a new denomination. But it is churchly because it continues to be gathered around Word and Sacrament as the source of God’s mission of reconciling the world to himself. While many may not be happy with what CORE is doing, many of our ELCA fellow members will be a part of it and we should listen to their hopes and dreams.

CORE didn’t invent the idea of a free synod; such synods and societies have existed in Europe. We invited Dean Ove Lundin to describe the history of the Swedish Church Renewal, a high church movement in the Church of Sweden that has resisted cultural-political impositions on the life and ministry of the Church. I attended the annual meeting of this synod (for that’s really what it is — a walking together) in Uppsala in 1999, having been invited to give lectures on liturgical theology at the free theological days at Uppsala University. Clergy and lay people came together from all over Sweden for the free theological day, for workshops on parish life, and for an awesome High Mass in the cathedral at which Bishop Bertil Gärtner, of blessed memory, presided. During communion a lay leader whom I had met came over to my wife and me and said, “This is how we make our witness to church and society: just doing what the church should do and being what the church should be.” Dean Lundin’s account is not without self-criticism of the high church movement, and one hopes that CORE will also retain a self-critical perspective.

The discussion about sex, especially homosexuality, will continue in this and other Churches. Whether there’s anything new to say about the topic remains to be seen. But as a fool who rushes in where angels fear to tread, in “As I See It” I have proposed that we turn to the theology of the body of the late Pope John Paul II.

“the Church is ‘to invite all to the table but never to change what coming to that table means.’”

Finally, a young Lutheran undergraduate at the University of Chicago, Miles Hopgood, has fancied himself a progressive Christian, affirming the actions of the 2009 ELCA Churchwide Assembly. But he has bumped up against some items that are non-negotiable for the life of the Church, like the meaning of the Sacrament of the Altar. He has concluded that the Church is “to invite all to the table but never to change what coming to that table means.” This is reclaiming “orthodoxy” in the truest sense of the word, and we are pleased to give Miles the last word . . . for now. Other words may be added to this online symposium if you care to write your piece. 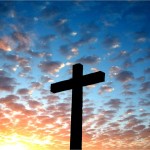