You are here: Home / Reflections on the 2000 Synod Assembly / Should the Church Condone Homosexuality?

Let me begin by telling you a little about myself. I have been a Christian from a very young age, and have sought to follow God with my whole heart, to minister as He wants me to, where He wants me to.

He sent me to Truth Lutheran, a small Chinese congregation in Naperville, where I currently serve as a volunteer. My primary role is being a Sunday school teacher, though I have served in many capacities. I am also a youth leader, and teach confirmation class. Therefore, I am familiar with what the Lutheran Church has traditionally taught.

I am also aware that teachers have a grave responsibility to teach only the truth (James 3:1). When I teach, I clearly distinguish between what the scripture says and what is my opinion. All leaders in the church are to be chosen from those who live Godly lives (1 Tim. 3:1-12). They serve as examples to those who do not know what the scriptures say. It is a serious thing to lead others to sin, whether by word or deed:

But if anyone causes one of these little ones who believe in me to sin, it would be better for him to have a large millstone hung around his neck and to be drowned in the depths of the sea. (Matt. 18:6).

I believe that “the Bible is the Holy Scripture because God the Holy Spirit gave to His chosen writers the thoughts that they expressed and the words that they wrote (verbal inspiration). Therefore the Bible is God’s own Word and truth, without error (inerrancy).” (Luther’s Small Catechism with Explanation, p. 48, also in The Book of Concord).

The model constitution of the ELCA states in C2.03:

This congregation accepts the canonical Scriptures of the Old and New Testaments as the inspired Word of God and the authoritative source and norm of its proclamation, faith, and life.

Who defines what is sin? God does. He created us and is our Lord. He alone has the authority to define what is sin. Sin is anything that is contrary to God’s will. God is not capricious. He does not say that something is sinful during this generation and not in that generation. God does not change. Neither does His definition of sin.

Since we live in a fallen world, we do not like to look at our own sin or to believe that something we like to do is sinful. Even though we have a written record of God’s decrees and actions, we often interpret Scripture to say what we want it to say. This has been so from the beginning, when Satan tempted Eve, saying, “Did God really say, ‘You must not eat from any tree in the garden’?” (Gen. 3:1b) and “You will not surely die.” (Gen. 3:4a) The result of ignoring God’s word to us is as personally devastating to us as it was to Adam and Eve.

Even before the law was given, homosexuality was condemned as an abomination in God’s eyes—a perversion that He will not tolerate. In Abraham’s lifetime the towns of Sodom and Gomorrah were renowned for their wickedness (Gen. 13:13, 18:20). The men in Sodom wished to have homosexual relations with Lot’s visitors, who were really angels. God did not find even ten righteous people in the city, otherwise Sodom would have been spared destruction. This was a direct result of them giving themselves up to sexual immorality and perversion (Jude 7).

The law given through Moses is very clear. “Do not lie with a man as one lies with a woman; that is detestable.” (Lev. 18:22) “If a man lies with a man as one lies with a woman, both of them have done what is detestable. They must be put to death; their blood will be on their own heads.” (Lev. 20:13) This was not a decree given for their physical health, like washing hands before eating. This law was given for their spiritual health. God designed men and women to unite in marriage (Gen. 2:24, Mark 10:6-9, 1 Corinthians 7:1-11). This does not mean that everyone marries, but that it is the norm (Matt. 19:12).

Jesus strongly upholds the rightness of marriage. He clearly meant marriage between a man and a woman. He also said he came not to abolish the law, but to fulfill it (Matt. 5:17).

Paul reiterates this teaching in Romans:

Therefore God gave them over in the sinful desires of their hearts to sexual impurity for the degrading of their bodies with one another. They exchanged the truth of God for a lie, and worshiped and served created things rather than the Creator – who is forever praised. Amen. Because of this, God gave them over to shameful lusts. Even their women exchanged natural relations for unnatural ones. In the same way the men also abandoned natural relations with women and were inflamed with lust for one another. Men committed indecent acts with other men, and received in themselves the due penalty for their perversion. Furthermore, since they did not think it worthwhile to retain the knowledge of God, he gave them over to a depraved mind, to do what ought not to be done…Although they know God’s righteous decree that those who do such things deserve death, they not only continue to do these very things, but also approve of those who practice them. (Romans 1:24-28, 32).

Are we also choosing not to follow God’s righteous decrees? Do we think we are “more loving, more tolerant” than God? Or do we think that God really did not mean what He says? This is the same temptation as Eve faced. Over two millennia God-fearing believers have interpreted these scriptures to mean that God considers homosexual behavior to be unnatural and sinful.

We are not saved by our obedience to the law (Matt. 5:20, Romans 6:14, 7:6). It is by God’s grace that we are saved, through Jesus’ blood cleansing our sin. “All have sinned and fall short of the glory of God” (Romans 3:23). Even when we want to do good, we fail (Romans 7:21-23). However, Paul clearly states that even though the law does not save us, we are called to live righteous lives. We are forgiven when we sin, but are not to let sin reign in our mortal bodies (Romans 6:12-14). Like Cain, we have a tendency to sin. God told him, “Sin is crouching at your door; it desires to have you, but you must master it” (Gen. 4:7). Cain chose not to master it, and had to accept the consequences.

It is not my goal to specifically condemn those who live a homosexual lifestyle, but to uphold scriptural authority. The church needs to boldly proclaim God’s Word, not condone actions that are specifically prohibited by scripture, no matter how culturally acceptable. “Hate the sin but love the sinner.” Furthermore, in my opinion homosexuality is no worse than any other sexual sin.

I have read many articles that claim that God did not really mean that homosexual behavior was sinful. I worry that people are being blinded to the truth by Satan—that we are conforming to the world instead of being transformed by the renewal of our minds (Romans 12:2).

One reason I spoke up at the Synod Assembly is that I was concerned over the reaction of the youth in my church. I spent years trying to get anyone to participate in any of the youth activities conducted by the ELCA, and finally one attended the youth convocation at our Synod Assembly in 1999. She came back very distressed, wondering why we were part of the ELCA. Her impression was that Lutherans no longer believe in the authority of the Bible. She was especially distressed that the church leadership was pushing to have homosexual behavior legitimized.

In conclusion, multiple scriptures clearly state that homosexuality is a sin—an abomination before the Lord. We are told to forgive sin, but also to forsake it. We are not to condone it in ourselves or in other church members. In particular, church leaders are to live pure lives, dedicated to Christ. I wish the energy being spent on convincing people that homosexuality is not a sin was being spent on bringing the gospel to the people around us. The gospel is good news. It also includes judgment, because God is the ultimate and perfect judge. This is also good news, and we ignore it at our peril. 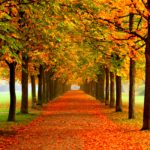